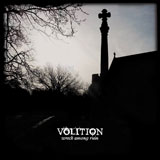 Have you ever heard of Barrow-In-Furness? Nope, me neither, but apparently it’s some sort of portal to hell, given the unholy racket created by resident misery mongers Volition. After a couple of personnel changes since their last full-length release, with bassist Mark Burns taking up sole vocal duties on this release, Volition return with Wreck Among Ruin, an utterly devastating slab of doom recorded at Studio 1in12 with the legend that is Bri Doom.

Bristling with malevolence from the outset, the title track recalls genre titans Corrupted at their most belligerent and up-tempo. From Mark’s monosyllabic growls to the whole band’s ability to stretch the time between notes to the point where you can barely remember what the last note sounded like, it’s hard to deny their influence, and who would want to? I can think of no higher praise within the realm of doom than to say “this is as heavy as Corrupted”.

Following track Cloth Spun Of Night sounds like fucking Status Quo by comparison, the main riff is so discernable and danceable. Relatively speaking, of course. When the track truly erupts around the 6-minute mark, if you don’t smash your head through a nearby window by headbanging so hard, maybe this whole ‘metal’ thing isn’t for you?

The recognisable riffage doesn’t last long before Shared Sins & Harboured Secrets wraps its black and glistening tendrils around you and drags you back down to the depths of despair. There are precious few moments not spent wallowing in abject misery peppered throughout the song, and these breaks from the main motif are most welcome, and prove that there’s more to doom than simply picking a downtuned powerchord and playing it slowly, over and over ad infinitum. What Volition do so well here is use these changes in tempo and atmosphere to create dynamic, interesting tracks that are capable of actually holding your attention for the entire duration of a 10-minute song, a quality increasingly lacking in many modern bands.

Penultimate track The Vastness Consumes Us is a pretty straightforward dirge for the most part, until the closing minutes strip things down to the bare bones of sparse guitar and drums, before launching into a guitar solo with the sort of mournful edge and abrasive tone that calls to mind the playing of Type O Negative’s Kenny Hickey. Seeing as Type O were one of the first bands to introduce me to the concept of 10-minute slow songs about being sad, this is awesome to me.

The brutal Butchered In The Fog is the final nail in the coffin. Another arduous trek through the heaviest outer reaches of doom, things don’t deviate far from the firmly established template, until the track ends with something I usually loathe; the fade-out. However as a conclusion to this particular song, and album as a whole, it actually works perfectly. By lacking any actual discernable end, it denies you any kind of cathartic climax, and simply leaves you to slowly come to your senses, to let colour flood back into your world, and to realise that you’ve just experienced one of the bleakest pieces of music you’ll hear this year.

There may be little to differentiate the six tracks on Wreck Among Ruin, but like so much of the best doom of the funeral/death variety, this album is not so much about individual songs or riffs, but the overall crushing effect; the gradual erosion of your person over the course of close to an hour.

Despondancy has never sounded so good. 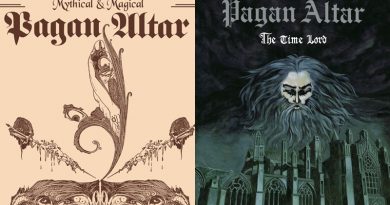