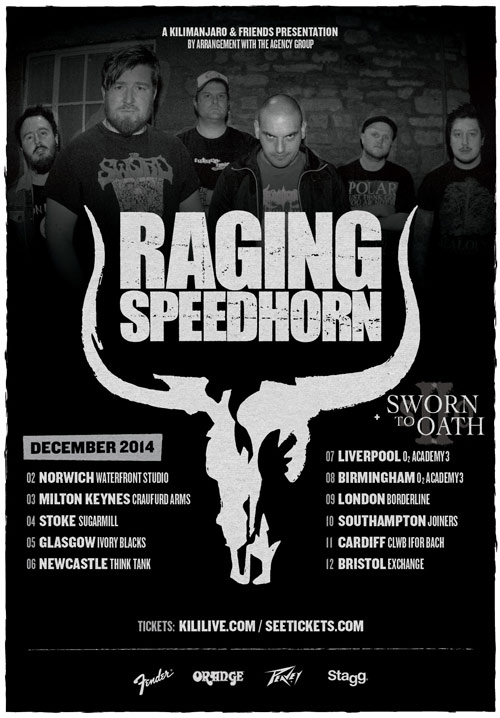 First up at 18:20 are Stubborn Train Delay who are making a repeat appearance on the Platform Stage. They’re shortly followed at 18:25 by Giant Coffee who are supporting Damn It’s Bloody Cold Out. After Messy and Rushed Sandwich (a solid 5/10) and Brisk Walk have perforated my eardrums with their windy blasts and bread-toasting hums, it’s time to get a mosh on down to the ever cheery Birmingham Academy 3 for the rest of tonight’s line-up.‎

Local champs of the go-on-then-just-one-more-gig Godsize kick us off with their anthemic jams, exercising as much hook as they do a metallic bite. Guitarist Scott Cooper rocks his hefty Entombed guitar chops, an HM2 peddle and an Entombed t-shirt, yet somehow manages to sound remarkably un-like Entombed as the foursome smash out a blitzkrieg of low-stung, hard-rocking mosh-outs which sit somewhere in between The Accused, Clutch and Black Breath. Although I initially thought their re-re-reunion comeback5000 would be a tad cheesy, it has to be said it’s a bloody good warm-up for all concerned as frontman Keiran Rose stalks amongst the gathering audience, bellowing his balls out about booze, motorcycles and rocking out and all that. Groovy beer-fuelled muscle-metal this certainly is and according to Keiran, Godsize know all too well that they’re “metal-by-numbers”, but as roughly half the crowd sing along to their final number, it’s clear that they’re just as massively entertaining as they always were. 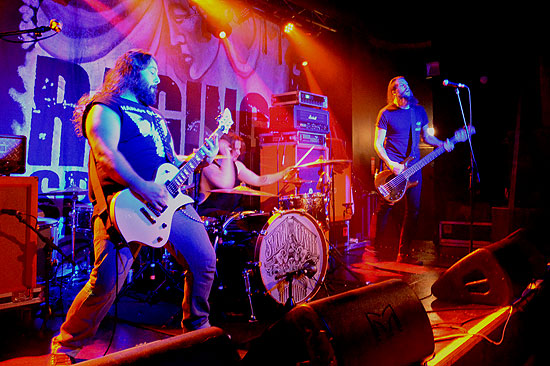 Stoke-On-Trent’s Sworn To Oath give it all they’ve got but ultimately struggle to win over the always tough Brummie crowd with their Killswitch Engage-sized grooves and clean melodic vocals. With a guitar sound that’s thicker than a KitKat Chunky and even bigger beards, they eventually drag a few headbangers to the front, enticed in by the giant brooding metal riffs of their opening couple of songs. But there are simply too many metalcore breakdowns here, despite Sworn to Oath‘s good-natured and chunky beef mits and whilst the band’s clear use of a backing track helps them trigger their audial cues, I can’t help thinking that a second guitar would do their sound a lot more good instead.

Dismissed by most of us (c’mon, own up!) in the mid-nineties as a novelty that had worn a little too thin in the face of the global nu-metal explosion and subsequent implosion, Raging Speedhorn called it a day in 2008 after struggling to continue the momentum that their first two albums built up. Yet, from their humble Corby beginnings to worldwide tours with the likes of Slipknot and Rammstein, it also has to be said that they always were able to punch with the biggest of boys. But isn’t it funny how time can make the heart grow fonder? With sludge, doom and hardcore now back in vogue with a vengeance, the demand for a Raging Speedhorn reunion in order to experience those incendiary live songs and the pulverising intensity of their dual vocal attack was enough to make them the comeback kings of 2014’s Damnation Festival. Make no mistake, these East Midland lads are cut from the same cloth as the rest of us and it’s truly fantastic to see them back in the van with a can of lukewarm lager in one hand and a fistful of spiteful, yet cheeky insults in the other, hurling themselves into UK audiences once more. 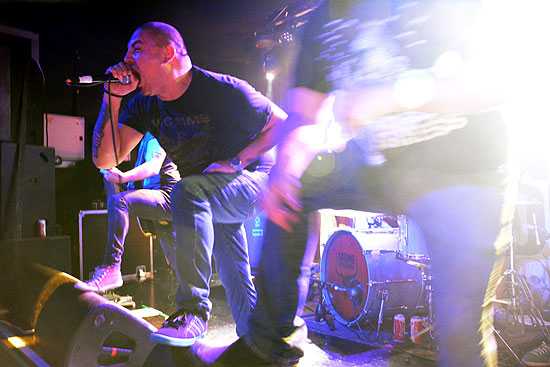 I have to admit, I’d forgotten just how colossal the physical specimens of Frank Regan and John Loughlin really are. As the sextet hit the stage amidst a soaring wall of feedback, the bruising dual frontmen are aggression personified from the off; brimming full of menace and brutality. Raging Speedhorn tear right into Knives And Faces and it’s immediately clear that none of the passion for said aggression has left this band. There’s still plenty of unfinished business for us all with the We Will Be Dead Tomorrow record and the Self-Titled debut album and with this in mind our wishes are Speedhorn’s violent commands.

Their only new ‘ead-banger on offer, Halfway to Hell, sounds just as potent as their well-honed 90s turmoil as lead guitarist Jay Thompson bounds about stage-left, a bundle of raw energy who throws more shapes than a maths textbook. Dynamic original drummer Gordon Morrison’s skillset is not to be underestimated on any level and his powerful fury combines succinctly with Dave Thompson on bass to build that monstrous groove that lives and breathes fire inside everything from Thumper to Spitting Blood and Necrophiliac Glue Sniffer. Superscud, The Hate Song and Scrape The Resin noticeably set the crowd off a treat and within seconds of the opening note there’s beer, sweat and more beer all over the venues floor, walls and ceiling. 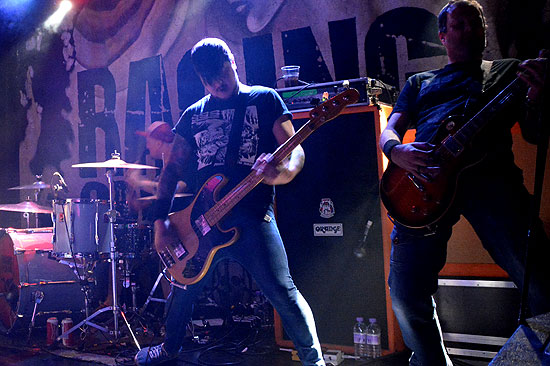 Time heals a lot of braincells, but Frank and John are on hand with some expert banter to re-balance that equation. “Go buy some merch, we need the petrol money!” and “This song is about wanking… until you die!” (The Gush) are particular highlights of their between-song patter that sits hilariously alongside these crushing tracks which all harbour an intensity that seldom exists in modern bands of this ‘00s era. Even when guitar strings are broken, microphone leads go to shit and songs cues are missed, the gruesome twosome just laugh it off and get on with it – no compromises and plenty of going with the flow. If the Inbetweeners were twenty years older and formed a sludge metal band they’d certainly not be far from this bunch of cheery misfits.

High Whore is an absolute monster of a closer. Heavy as a skip full of concrete, the pit rightfully goes batshit insane before eventually the riffage slows to a crawl, then a slither, then back to that cold stone wall of deafening bass feedback. The crowd go bananas, finish off their pints and wander off back into the night via the merch stall to chat to the bands.

That was one hell of a show and as the drizzle threatens the icy skies I can’t help but think there was something righteously working class and British about what just happened. After all, if the US sold us Jim Beam, chilli cook-offs and EyeHateGod, then let’s remember that we Brits will always have Raging Speedhorn, Iron Monkey and a tepid, stale pint of fizzy piss to keep our cockles warm. Spiffing stuff. 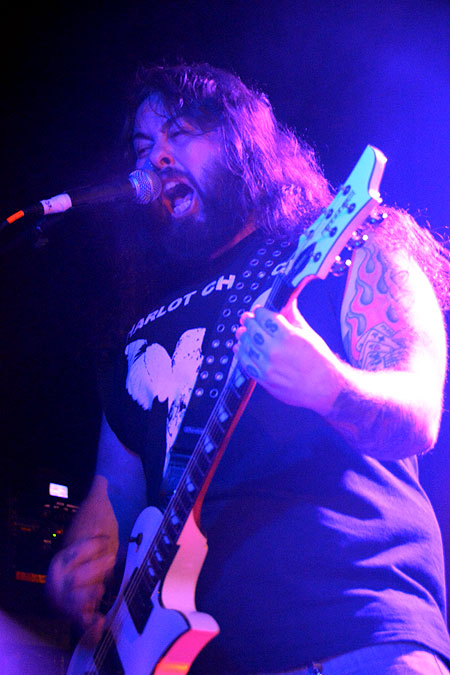 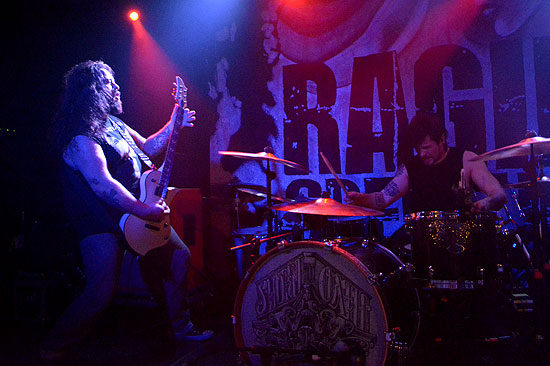 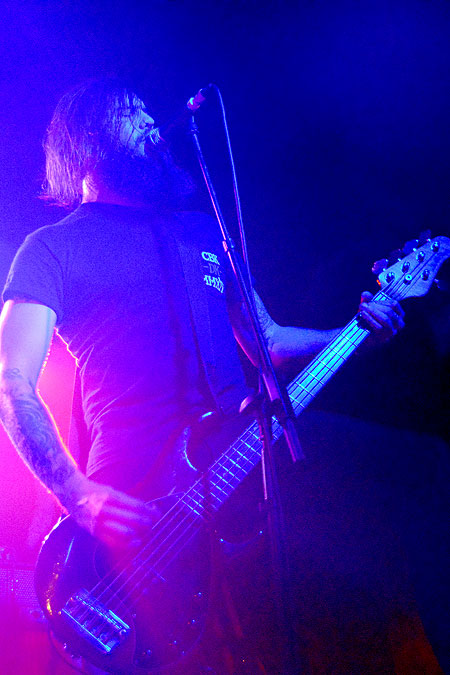 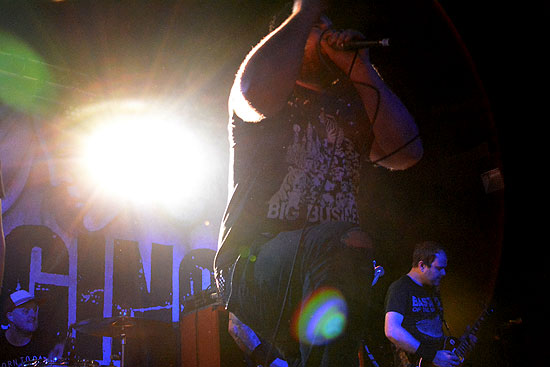 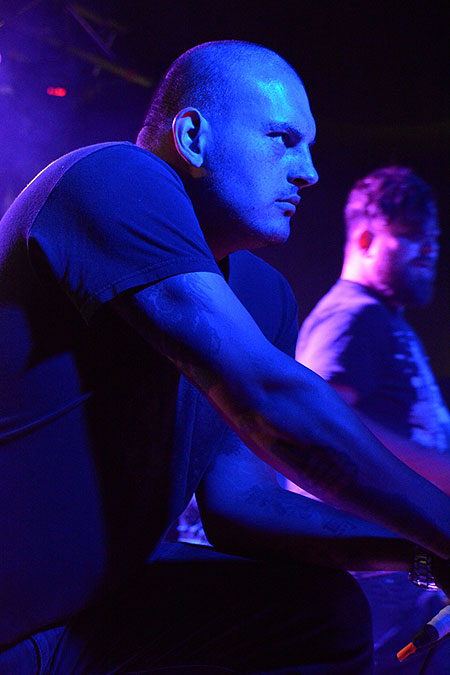 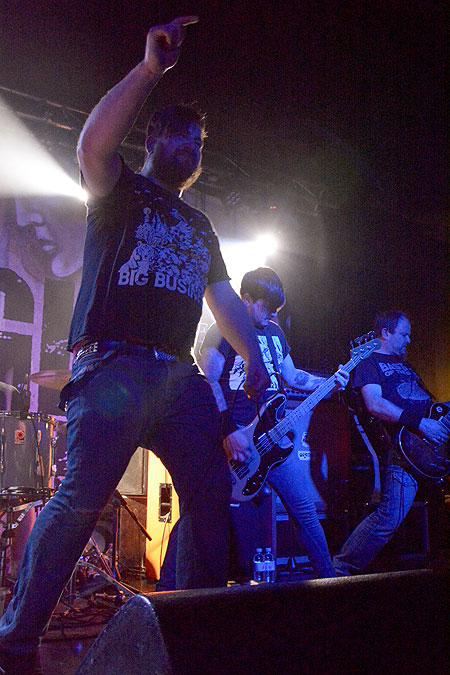 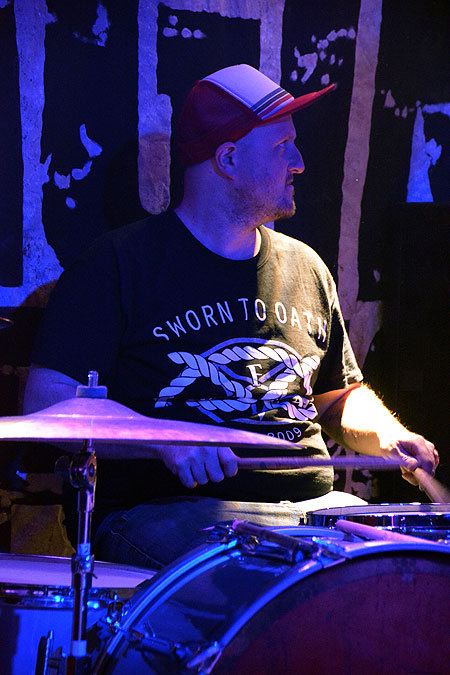 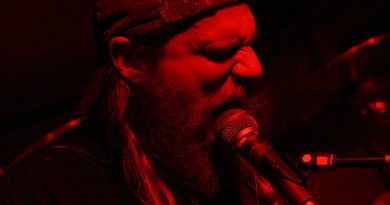 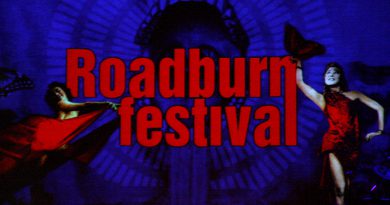 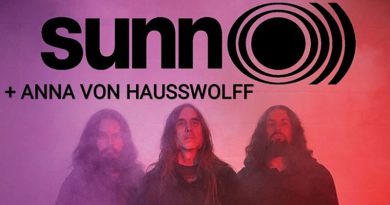