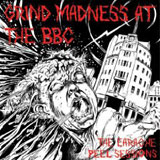 Since John Peel’s tragic and untimely death in 2004 we have heard countless times how everyone and their dog used to sit listening to his show with their fingers poised on the record button of a tape deck to capture obscure tunes for posterity. I was very much the same but where most people listened to Peel because of his reputation, I listened to him because he played hardcore. 20 odd years ago I was a hardcore fanatic and would lap up anything to do with the UK scene like a starving kitten with a bowl of milk. When I heard about this guy on Radio One that played Napalm Death I had to listen. And so it was I would sit there night after night listening to all manner of unlistenable shit just for that one blast of filthy grinding punk fury and it never disappointed. One of my favourite memories is of Peel reading out an almost certainly imaginary letter from a young girl asking him to play Whitney Houston. Peel politely replied that he had no Whitney and here was some Carcass as a consolation!!! John Peel 1, bland faceless corporate cock sucking Radio One 0!!!!

Earache records have now gathered together all the sessions recorded by the bands on their roster at the time and lovingly packaged them together on this 3 CD, 118 track collection. Even the cover artwork and extensive liner notes including an in depth, often hilarious and heart warming interview with former Napalm Death drummer Mick Harris, invokes the D.I.Y spirit of the time.

The bands included are Napalm Death, Extreme Noise Terror (though, please correct me if I’m wrong, I don’t recall them recording for Earache at the time), Carcass, Bolt Thrower, Godflesh, Unseen Terror, Heresy and Intense Degree. For me this is an emotional, exhausting yet utterly exhilarating trip down memory lane to an amazing period in both my life and music. Listening to this I was immediately transported back to being 18 again, impressionable and passionate about the music and the ideals the scene produced…ideals that still ring true in my middle aged but no less angry mind.

At the time Napalm Death were seen as something of a novelty…a joke to such “quality” DJs as Steve Wright (can you smell my sarcasm???), but I loved them with a passion. Listening back to these tracks now I had forgotten how powerful and tight they were as a band. The same is true of all the bands here in fact. These bands were pushing the limits of music in terms of speed and sheer noise, particularly in the vocal delivery, but it was often overlooked at the time what incredible musicians these guys all were and what amazing songwriters. It may be 15 to 20 years since I’ve listened to bands such as ENT and Heresy but it’s like I’ve never been away…the riffs and songs come flooding back as if it were yesterday. It’s also good to see some of the more overlooked bands of the era such as Unseen Terror (featuring a young Shane Embury on drums) and Intense Degree being given some time in the spotlight again.

What also strikes the listener on all of these sessions is how heavy and intense they sound. The production is uniformly incredible and in just about every case surpasses the bands’ other recorded output of the time. Considering sessions would last approximately six hours and in that time bands would have to set up, record four songs (12 in the case of Napalm Death after they’d argued the toss with the engineer and explained that 12 of their songs were the equivalent of 4 of everyone else’s) and mix then be on their way, each session captures the bands at their absolute peak. The levels of aggression and passion shine through the massive mix that engineer Dale Griffin would give them.

Since these sessions were recorded Napalm Death, Carcass and Godflesh went on to bigger and better things, ENT are still going strong yet the others have all fallen by the wayside. Thrash and death metal became stale and generic, grunge came and went, black metal became notorious and widespread, nu-metal made metal shit and a million other minor genres have sprung up. However, one listen to this album makes all of these seem irrelevant and somehow pointless. This is completely compelling, consistently superb and utterly necessary. Hopefully someone will now pull together the remaining, non-Earache hardcore sessions and put them out for the digital masses!!! 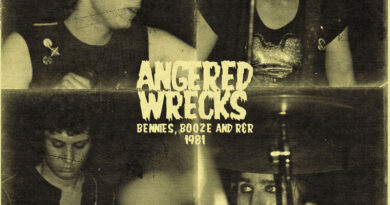 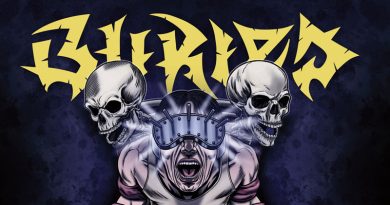