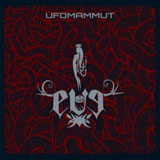 Low and heavy riffs repeated to meltdown and mad electronic space noises – a sure-fire recipe for sustained cranial orgasm. There is truly nothing out there in music land like this fabled Italian ensemble – Ufomammut are a heady sonic treasure that demand to be pored over and coveted like a very precious thing indeed. Earthquake riffs, thumping motorik drums and spiralling electronic detritus form the infrastructure of a lavish and utterly eccentric cosmic concept that is Ufomammut. ‘Eve’, an intoxicating meditation on the primal and life-giving power of woman, is the trio’s fifth proper studio album, and represents an ascending continuation of a musical project that is as stirringly powerful as any Wagnerian movement and as dream-like as a lost weekend on marijuana and opium.

Wrapped in gorgeous Malleus designed packaging, the album itself is one single forty five minute concept piece constructed out of five interlocking parts that segue into each other. Ufomammut interpret the biblical account of the first man and woman, casting Eve as the all-important and primordial earth goddess – a figure of worship that is significant to all ancient cultures, and one that is often maligned by later monotheism as a demonic tempter of mankind and a revealer of truth. ‘Part I’ is a slow rising glissando of trademark semitone-descending chords, opening with a squall of otherworldly noise and ominous bass rumble. This titanic opening track has a pitying and melancholic feel that distinctly sums up the fearful loneliness of the human position, stranded out on a green and blue ellipsoid in some small corner of the galaxy, just one of many billions.

‘Part I’ builds to a driving down-tuned climax that dies in a welter of gentle feedback, ushering in the almost subliminal samples, swelling synths and rising cymbals of ‘Part II’. Still working around beautifully simple riffs, Ufomammut pound towards the end like a cosmic jackhammer. ‘Part III’ and ‘Part IV’ sound like the vintage Ufomammut template we know and love – wildly oscillating theremin-like noises, distant shouted roars and brutal sub-Hawkwind riffing that pulses and throbs like a monstrous alien erection. The closing track is a nigh-on fourteen minute sci-fi doom bludgeon of the highest calibre, a bombastic and melodramatic beast that churns, chugs and hisses around just a few well-chosen chords, ending on the eerie refrain heard at the beginning of ‘Part II’.

Ufomammut are fantastic because they splice together many great and noble elements from previous musical history – the primitive space-rock style of seventies Hawkwind; the harsh and violent repetition of industrial pioneers like Killing Joke and Ministry; the far-out experimental heritage of krautrock; and the electronic malevolence of fellow Italian fantasists Goblin. They take these influences and mould something new and alien that is entirely their own formula. With ‘Eve’, Ufomammut have yet again scored an ace – another superb album that takes its place in a career characterised by a remarkable consistency and an undying bent for heaviness and cosmic horror. 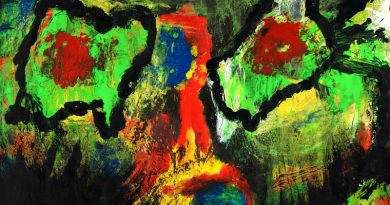 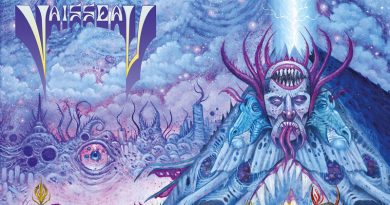