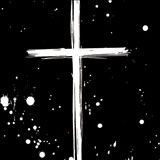 Monarch have carved such a tight niche for themselves, it would be difficult to imagine them doing anything other than ripping your face off with their lysergic dragged through the dirt with an earth shattering heaviness style of music. Omens however courses through the veins like no other release this band has propagated. With a determination to force maximum volume, this global recording expedition has given birth to the heaviest most malevolent recording by the band to date.

Blood Seeress is slower than a snail trying to wade through cement, heavier than a ton of bricks descending on an unaware passerby, this flattens the screams of tormented souls. If you think hell is bad, just turn off the light and entrench yourself in this lesson on how to evoke pure non-sterilised viciousness. There is no light in this endeavour, sounds, ambient in character, navigate through the heavy haze emerging for a moment only to once again fall beneath the burgeoning waves of sonic drone.

Transylvanian Incantation opens with a lustmord-esque night of the demon terror ambience which has become lost in a forgotten nightmare culture, but unfortunately closes prematurely..
Black Becomes the Sun sees the band returning to the familiar ritual ground for producing sonic heaviness. Contending to be the heaviest band on record, this band make SunnO))) sound like a Barbie doll on crack. There is no grand overture, just sheer brutality. Vocal and guitar harmony conjoin in a blessed union to embrace the dark, to overcome the sun, to run aground the light and to consume the bright breeze of promise. But even this is subsequently suddenly submerged by something even greater. How does a band manage to find ever deeper more cavernous realms to explore?

Brutality on a level that no one has ever been able to accomplish is easily grasped with this release. The full majestic endeavour of these crusaders of sound, carve the signs showing their resolve to remain firm, to never detour, to never comply. There are indeed many bands out there who claim to be extreme but I defy anyone to challenge their position at the top of the pile. This is perfect in its delivery, its brutality, its unrelenting heaviness, a formidable release and one you would be a fool to ignore. With so many awful groups trying to covet the tag of heaviest band, you really don’t need to look any further if you like your music raw with a side of experimentation. Utterly mind expanding….

Void Of Sleep ‘Tales Between Reality And Madness’ CD 2013