After a six-month hiatus the much vaunted The Magnolia Sessions from Anti Corporate Records returns for its third series. The list of artists that have already graced the Magnolia tree in Dan Emery’s Nashville compound is long and features some established and future stars of the country scene such as Lost Dog Street Band, Cooper McBean, The Hill Country Devil, Cristina Vane, and Jeff Loops.

This time Emery has turned to Kentucky native Tyler Hood. Unlike some of the previous sessions, this one was recorded free of technical problems, both the equipment and the crickets were on point and despite the mosquito bites, Hood delivered the entire set in order and in one take.

Understandably the Anti-Corp head was suitably pleased with the result and the whole affair encapsulates the raw, stripped-down honesty of the original concept, and for the artist himself, it gives a chance to present songs that may not have belonged on releases outside of this format.

Half a year and many heavier than thou releases under my belt, it is a refreshing step back to hear the familiar rising sound of the crickets and the lazy strings of the guitar start strumming. Heavy with his southern twang, Hood brings his tale of mundanity and dissatisfaction with a bittersweet and, at times, jaunty number titled Kentucky Heartbeat.

The classic tale of domestic unrest, the longing to leave, but the sense of being trapped by the situation. His voice, soulful and lilting, wrestles with the moral dilemma and is the ultimate firelight blues with the craving for simple things like a piece of pie and peace and quiet.

Better Days is the flipside of the coin and with an urgent sweep of the plectrum, this time it’s a longing to get home. Full of remorse and regret but still kindling the hope for better days, the images flash by evoking the same rich rural heritage that has common regional themes with the likes of the Del McCoury Band where blue collar dreams still linger.

Gently teasing into life and heralded by a single harmonic note Under Your Tree is a hungover musing, pondering about life and what could be if not for the self-destructive tendencies that befall us all after heartbreak. Trapped in another prison and waiting for life to change, the plucked guitar is firm and decisive in the commitment to ruminating over the fragments of what might have been.

In country music, the key to the material is the narrative and Tyler Hood simply resonates with offhand wit, dropping in razor sharp observations and idiosyncrasies that relate to modern life, seemingly as absurd and irreverent as earlier Eminem records, but the session feels full of love, whether it is for the countryside, music or the lament of the unfulfilled. This can be heard on the strains of Day Tomorrow Ends as he talks again of loss, this time in pursuit of his dreams. The minimalist vocal refrains with each stanza to land that hopeful promise of ‘I’ll let you know just how far I go on the day tomorrow ends’, the joke of course being that tomorrow never comes.

Bulldoze My Love, as premiered here on The Sleeping Shaman, is one of the many highlights, a weeping ode to lost love, the gentle chord progressions elevated by the impassioned harmony, yearning for something just out of reach. As Hood says about the track, ‘The proverbial goal finds itself too far away but close enough you can almost touch it more often than not. I believe this is everyone’s story’ which is why his lyrics have the ability to hit so hard.

The lyrics of Julissa, set to another seemingly playful melody are biting and sardonic. Over the deft picking, he talks of bad choices that have taken him away from love, real or imaginary, ‘with the whisky in my veins and the rock salt in my heart’. The urban ballad walks the line between fantasy and reality, a dreamer caught in the trap of never making something happen and sorrow for the lack of it.

The slow plodding and sombre Tears And The Wine, tugs at the heartstrings like the image of a lonesome cowboy trail. This is the real nursing-a-drink-alone-in-a-bar-as-the-hours-crawl-by number. The crushing weight of love gone sour through the actions of individuals, like the after the fact realisation of regret from the actions of the opening number; imagining a future that could have been if only things had been done differently.

The second to last number has a sense of lifting determination, no less introspective Tyler grows in power, and it feels like a song of gathering the strength to go out in a beautiful blaze of revenge. The twist is that his actions land him in jail for murder, crushed under the weight of hardship and strife, yet at this moment he pines for the simplicity of love and watching a Softball Game. There is an odd sense of pride, and he walks from the court with his eyes raised. Powerful stuff.

Patriarchy Song draws the session to an end with its scat like delivery. The humour is back and comes across like a bickering conversation in bar, duelling personalities drawn to each other like a moth to a flame as he outlines the crazy madness of the truth in the saying opposites attract that ends on the sarcastic ‘I’m so glad you took it easy on me’.

Tyler Hood’s session cuts to the bone. Blessed with an ability to articulate pain and hope, often at the same time, it drips with beauty and intimacy that only these sessions can bring from great artists and shines a light on those who rightly deserve it.

The more you listen, the rawer it gets, but I am glad he didn’t take it easy on us. 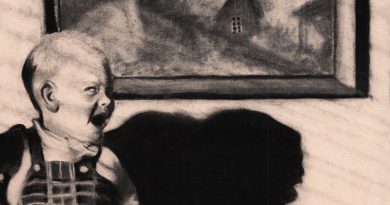 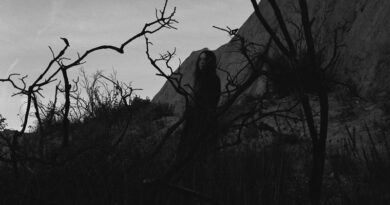