Interestingly there are numerous references to All Natural Lemon & Lime Flavors, from the album title, (the band as well as fans referred to them as Lemon & Lime) to the several times the spoken word ‘Natural’ appears in the lyrics and the album design by visual artist Brian Azer (Jesu, Sun Kil Moon).

Opening track Whitney takes the core of shoegaze, the reverberated guitar and processes it into blissful electronica, while the spoken word refrain of ‘Natural’ is mentioned. A lovely ambient opener. You’re Boring is the longest track on the album and features a drum and bass sound and a heavily processed high pitched vocal in the background, a common feature in a lot of dance music and which I must admit to not being the biggest fan of.

Star Stuck In It is the shortest number on the record at 1:29 and a pleasant interlude starting off like a mid-80s Scritti Politti Sophisti-Pop tune before washes of ambience concludes it. Metals starts off with beach related sounds before ‘Natural’ is once again whispered. What follows can be described as a remixed version of My Bloody Valentine with some ethereal almost romantic sounds. All Natural starts off quietly and maintains about the same tempo throughout, there are no grating auto tune vocals here, just lovely understated electronica.

takes the core of shoegaze, the reverberated guitar and processes it into blissful electronica…

Armageddon comes across a little like Air and Royksopp, and one cannot be sure whether the repeated refrain of the title track (it does sound like ‘Armageddon It’) is a sly nod to the hit Def Leppard song of the same name, if this is so, it demonstrates that the collective have a sense of humour. The rather grating vocal effects ala Daft Punk rear their ugly head with Cigarette Boats and accompany an insistent techno style beat that melds with the layered shoegaze effects.

The album concludes with Natural and to ensure you really haven’t missed out on the All-Natural Lemon & Lime Flavors reference, ‘Natural’ is once again whispered. Like ‘All Natural’ it too maintains the same pace throughout with some pleasant enough ambient electronica, fortunately we are spared the vocal effects.

The album is only 8 tracks and that’s to its benefit. All Natural Lemon & Lime Flavors aren’t the first band in the history of shoegaze to move into an electronic direction, Slowdive did this with the Pygmalion record, while Chapterhouse’s sophomore final album Blood Music saw them moving into increasingly down tempo and dub territory. Even Smashing Pumpkins dabbled with electronica with their fourth record Adore.

This is an interesting listen that for me was marred at times by the awful vocal effects. Having grown up in the 1990s and being dragged along to nightclubs where repetitive and uninspired dance music was blasted out at full pelt, this has possibly coloured my opinion. Nonetheless, the music created on the record is mellow and pleasant; one could easily appreciate this release while taking a gentle stroll along a canal or beach.

Is it an unadulterated classic that warrants repeated listens? Possibly not, but it does fill in a decent enough gap for those yearning for a Lemon & Lime reunion. 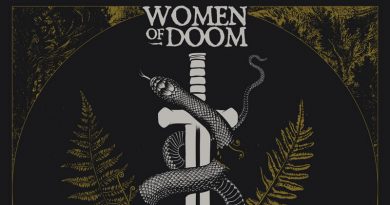