It amazes me by what music is popular. I’m not saying the music that is popular shouldn’t be, but a lot of these underground bands are creating some immense music that evokes emotion and I think it needs to be heard. The Age of Truth is a prime example. The quartet from Philadelphia have one album under their belt and are not afraid to step it up for the sophomore album Resolute.

This long player is filled with heavy riffs, thundering drums, growling vocals, groovy yet distorted bass lines and even some spacey delayed leads. I was extremely excited for the opportunity to review this album because I enjoyed the debut quite a bit. I will do my best to keep my excitement out of the review but I’m not making any promises.

Ooohhh it’s starting!! Sorry, I forgot to keep the excitement to a minimum! The opening track Palace Of Rain is soaked with palm muted riffs with a perfectly balanced rhythm section to get you moving right off the bat. The song weaves through some softer parts, builds back up until the four and a half minute mark where the Scott Frassetto takes what I assume to be a tree trunk as his drum sticks and thunders out four heavy hits to silence the music. Then out of nowhere Kevin McNamara reaches into the depths of his soul to pull out an epic scream launching into the song’s conclusion.

The next two songs, Horsewhip and A Promise Of Nothing, are equally fast paced and show off Michael DiDonato’s skills on guitar. The distorted guitars are brutal but clean enough to hear the subtleties he adds through the ever changing riffs. The seamless changing between heavy and soft is especially apparent on A Promise Of Nothing where DiDonato leads a solo to an abrupt stop on a high note. It reminds me of the solo by Rob McWilliams of REZN’s Iceberg or Joe Bonamassa’s Blues Deluxe. Both give me chills when I hear it and I can add DiDonato’s solo to that list.

The Age Of Truth then take things back a notch with Seven Words. It’s an acoustic track and sounds like it’s recorded in a cave. The reverb creates an ambient echo that is soothing to the ear. It’s well placed on the album and provides and nice change of pace, but not for too long.

This long player is filled with heavy riffs, thundering drums, growling vocals, groovy yet distorted bass lines and even some spacey delayed leads…

William Miller takes the lead on this next track with a groovy bass riff that has a vibey effect. Eye One builds on that bass line along with an OK guitar solo, compared to what’s coming that is! Again, the music stops abruptly, then Miller adds distortion to create one of dirtiest bass riffs I’ve heard in a while. I’m a huge blues fan and it’s as if the band said, hey Josh let’s drop in an awesome blues section with a soulful solo right in the middle just for you, I mean that’s what they did right?!?

I know, I know I said I would keep my excitement under control, but now is not a good time. The intro to Salome is all sorts of awesome. With just enough distortion and a reverb as if it’s bouncing off those cave walls they recorded Seven Words in. It sounds good through my phone speakers, so I’m excited for the Vinyl version. The rest of the song is filled with hard hitting riffs and drums and those growling vocals needed in heavy songs. It gives me an Orange Goblin/Clutch vibe by how they make heavy music with a lot of groove.

We have just over nine minutes left of the album. The final song Return To The Ships starts off slow with clean delayed guitars and a soft drum beat. Some cool effects layers over to top, as well as added to vocals, giving a very spacey vibe. The song slowly builds but the effects on the vocals remain making it sound very cool with a growling voice. At the five minute and fifty second mark, all hell breaks loose. The palm muted riffs matching the speed of the drums for an insane climax only to be brought back down and sent off with a slow soulful bluesy solo. Yes…

Anyway, I tried my best to control my excitement and failed, but I hope you’re as excited as I am. Resolute drops July 23rd through Contessa Music and that date can’t come soon enough. The album hits all the check marks and a few more I didn’t know I needed to check off. As much as I believe The Age Of Truth should be heard by the masses, I’m just happy I got to hear it and truly appreciate it. 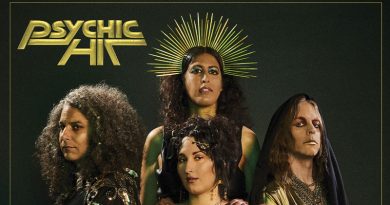 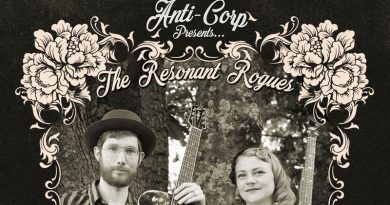