In the Warhammer 40K universe, the Tau are a fictional race of blue alien humanoids who have a caste system divided up by the elements of fire, earth, air, and water. They also have a lot of drones zipping around in the futuristic battlefields they often wind up in. I’m not altogether sure if Irish musician Seán Mulrooney is explicitly referring to the popular tabletop role playing game (I more than likely have it ass-backwards), but he almost certainly succeeds in taking you on a fantastic interplanetary sojourn with his brainchild project, Tau & The Drones of Praise.

A previous member of groups such as Dead Skeletons, Camera and Humanzi, Mulrooney now heads up a musical collective based out of Berlin that draws elements of classic psychedelia and krautrock with elements of Celtic, African, Asian and other folk music styles. This live recording of their set, originally meant for Roadburn, is a testament to the rich musical tapestry they weave.

Beginning with Kuayamari and its moody keyboard introduction, Mulrooney sets off to a Syd Barret-meets-Can number with a catchy constant chorus of ‘This is the real news, this is the way’. The seamless blend of instruments in a live setting has to be heard to be appreciated, especially the lush keyboard and spirited drumming. Shortly after we are treated to It’s Already Written off the group’s excellent 2019 Self-Titled debut. It’s a bit like an Africanized Wovenhand, maintaining a deeply infectious call-response rhythm. The hypnotic Tonatiuh evokes a similar dreaminess to Khruangbin, while The Bridge Of Khaju feels like a dirtier, outlaw version of Dead Can Dance.

This is probably one of the best live albums out now, I wholeheartedly recommend it for the hungry celestial listener…

Subsequent numbers I especially enjoyed are the lovely Imbás with melodic flute playing that veers between Celtic and jazz in conjunction with Indian-style guitar, and especially Mongolia, beginning with a grungy acoustic strumming before shifting into a powerful and steady stomp similar to that of Grails, it is easily my favorite track on the performance. Finally, the gentle 90s-ish ballad of Speak Your Truth closes out this strong performance.

Simply put, Mr. Mulrooney is putting out some of the most gorgeous, moody and colorful psych you could possibly hear right now. He’s assembled excellent players and has a keen understanding of what made all that great acid-drenched music from the 60s and 70s so great to begin with. His fusion of various styles to create a fiercely organic world music variant doesn’t feel remotely hackneyed or insincere.

With that hopeful optimism of a return to relative normalcy in the world, hopefully he and his cohorts can treat audiences at Roadburn and elsewhere for years to come. This is probably one of the best live albums out now, I wholeheartedly recommend it for the hungry celestial listener. 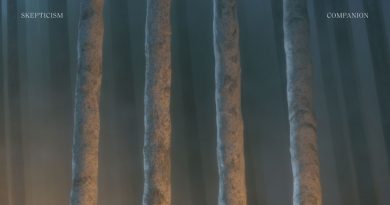 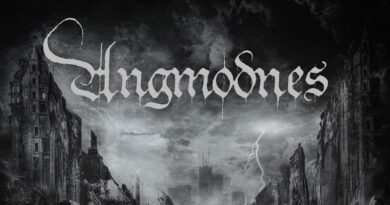 Review: Angmodnes ‘The Weight Of Eternity’ 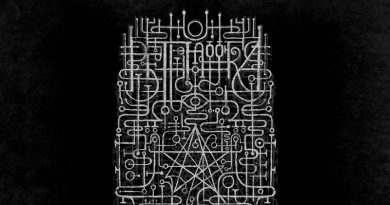