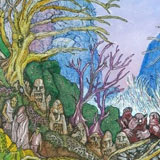 When Thorun’s “Reprise” EP hit the streets running in early 2011 I was surprised, nay indeed shocked, that an instrumental stoner/doom band would be able to hold my attention for one song let alone a whole EP. It became quickly apparent, however, that this was a band with a massive bag full of knack for writing catchy and more importantly memorable riffs as well as hitting some mighty grooves that completely negated the need for a vocalist.

Showing a sense of productivity that belies their stoner rocking roots, these Welsh valley boys hit us with another 6 track EP that picks up right where the debut left off. “Once I Was A Champion” announces the band’s return with a mighty “riffe of doom” before lurching from one cataclysmic crunchathon to another over the course of its 5 minute length before ending on a triumphant rock out to the end. So a fine start leads us to the undoubted highlight of this EP. “Ivan The Terrible” is everything a stoner/doom track should be starting with an understated but thoroughly essential riff that brings with it a tasty groove before grinding into a swords-in-the-air riff of such majesty that would make Manowar’s nuts shrivel under their loin cloths!!! As the song progresses Thorun continue to pull killer riffs out of their guitars with an almost Iommi like frequency. It’s not just the guitars here that are worthy of note, the drumming is inventive yet tighter than a proverbial hamster’s anus; not overplayed but not restricted to playing it straight unless that it absolutely perfect for the song.

As if aware that such a tumultuous display of riffs could become oppressive, Thorun hit us with just under 2 minutes of spooky ambient noise on “Dark Ocean Song” to give us room to breathe before the assault resumes. When it does resume, however, with the title track, it is with a smoked out, chilled piece of uncharacteristic delicacy that brings to mind some of Acrimony or Orange Goblin’s lighter moments. The power of the riff can’t be held at bay for too long , however, and the band gradually build the song through to a beast of a riff that could have come stomping straight from Sabbath’s “Master Of Reality” album. This has one of those grooves that live will bring on the Pied Piper effect…there is no way any crowd will be able to keep still while this is going on…cue much spilling of beer and pouring of sweat!!!

If you haven’t already crumpled into an exhausted heap, Thorun unleash “God Particle” on our sorry asses. More straight ahead than some of its counterparts there is no respite from the swing as riff continues to pile on riff. Perhaps not the strongest track on the EP…but then the competition is pretty fierce. The final track “Hipster Circle Pit” belies its modern, trendy baiting title with a riff that resonates with the echoes of the band’s Celtic background. It’s folk Jim but not as we know it…and I don’t mean in that lame Turisas style, this is drawn from the mountains and executed in grand style as if pulled from years of history. This is big, bold, heavy warrior rock…you don’t mess with the Thorun!!!

It’s fair to say that the stoner and doom scenes are saturated with bands now that trot out rehashed versions of their predecessors so for a band to come forward, without vocals, and be able to create something that is both interesting and distinctive within the genre is pretty damn impressive. Download this EP and the previous one, invite this band to play your town, give them booze, invite them to stay at your houses, let them shag your women…they will anyway!!! 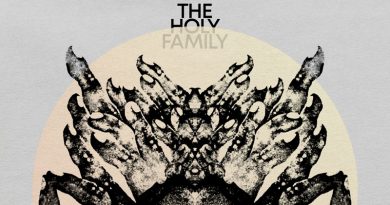