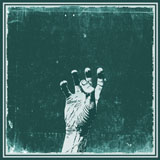 You have to admire a band who can reference both Tom Waits AND Oasis with their album title but turn out to be twin-bass-driven purveyors of caustic Amphetamine Reptile-style noise rock, so major props to the ear-shredding Aussie maniacs of No Anchor.

The angular low-end heavy filth that this dirty three pump out would be more than comfortable on a label such as our own Riot Season, alongside such other perverts as Shit and Shine and Todd. Coming on at times like The Stooges playing early Tortoise, the No Anchor sound is thick, chewy and blistering, but always dynamic. There isn’t much in the way of ‘subtlety’ herein, but, well, it wouldn’t suit ’em. Post-rock this ISN’T.

Lulling the listener into a false sense of security by opener ‘The End’ with a quietly tasteful li’l harmonic-based bass riff, great big fuck-off blocks of chording appear to shatter the bucolic reverie. A wee Shellac-ish bassline later and the momentary return of those harmonics and we’re OFF. A driving, lurching riff pushes the track along, punctuated by harsh, throat-ripping vocals and wild, flailing drumming. Nice.

‘Wolves Bite And Disappear’ steams in on the back of a ‘When The Levee Breaks’-style drumbeat and piles on the basses, tortured vocals and howling feedback. Some very tasty bass-licks to be found in the tail-end of this ‘un.

‘Dead Pony’ is pretty much a full-on bass pile-up, whilst ‘Gatton Bohemia’ has a stealthier approach, built around a creeping riff like a slowly encroaching tide of asphalt and a wailing, almost pleading vocal line. That main riff is dragged out into total DOOOOOM territory as the song progresses.

‘Shut My Mouth’ is a fuzzy, snappy number with a slight NoMeansNo vibe to its alternately clean ‘n’ dirty bass parts, and more doom contained within its hind parts, and ‘Come Again’ is a spunky wee number that opens with a rather-smashing scratchy bass-wah part but quickly gets chunky.

‘The Perils Of Smalltown Living’ is, for me, a real standout track – riding on the spine of a pulsing bassline and minimal drumming, the vocal line is a ghostly, effected almost-whisper, twinned with a higher pitched, more melodic voice and, just on the edge of hearing, a bestial shriek of a voice that eventually takes over and dissolves into static as the distorted bass kicks in and everything picks up a notch.

Finding a particular point of reference for No Anchor has been a tricky one, as they pretty much sound like no-one but themselves, which is no mean feat in this day and age, but I would most definitely point fans of the Melvins, Big Business, and maybe Shellac in their general direction, as they would be most likely to ‘get it’. A rewarding and dynamic listen, ‘Real Pain Supernova’ gets am enthusiastic thumbs-up from me. 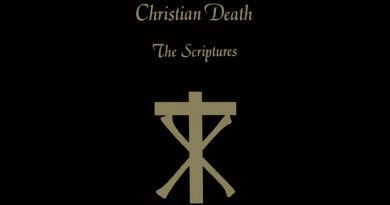