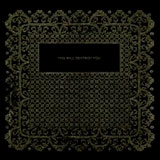 They play elegiac post-rock, deeply cinematic in its presentation, they veer towards the more ambient end of the spectrum and they come from Texas. So that’ll be Explosions in the Sky? No, this is actually a shiny new collective that go by the moniker This Will Destroy You.

So how do these guys compare to the other four word band that play the same music from the same place. Unsurprisingly TWDY are very similar to EITS. I don’t know how they’ve done it, but TWDY have managed to create an album that uses the same bag of tricks and chord progressions as every other group that are treading Mogwai’s and EITS’s template into the mud and managed to come out with something that truly moves. They reassert the reasons why I loved this music so much when I first heard it.

This album inhales slowly, shimmering and poignant, lost in its own mesmerising shoe gaze. It then holds that breath…waits…and then…exhales in a explosion of scattered light, at once all consuming in its brilliant dazzle. It is moving and deeply evocative. I first heard the song ’The Mighty Rio Grande’ on my drive home from work along a road littered with Kebab shops and cheap off licences and somehow that song managed to move me and make that moment one to remember. And if a band can do that to me in that particular place on that particular road then they are a very special entity indeed.