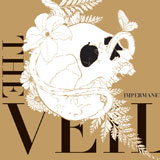 Impermanence is Australian band The Veil’s second full length release, and it represents a tremendous achievement for an outfit that has more than paid their dues in the Australian metal scene. Comprising nine lengthy tracks, Impermanence weaves a tangle of disparate influences into a rich and flawless whole.

Each track draws on a range of musical styles, including but not limited to goth rock, new wave, doom metal, black metal, classical, and prog. Fusing these disparate elements is an impeccable dynamic sensibility, creative use of time and key changes, and a flair for atmosphere and drama.

As always with this band’s work, the intricacy of the arrangements stands out. Twin guitars dance around one another in complex patterns, knitted together by bass as melodic as it is expressive. The instruments are steeped in some of the most tasteful keyboard and piano arrangements you’re likely to hear in any genre, and they are buttressed by creative and emotive drum work.

Finally, vocals that touch nerves of Michael Gira, Nick Cave, Espen Ingierd, and Pete Steele send their shadowy inflections across the instrumental palette. Every moment of each song is detailed, artful, and gracefully orchestrated, and the album as a whole rewards repeated listening – something that I personally regard as essential for any great release.

There a moments on the album of shimmering reflection, mournfulness lined with flecks of silver uplift, pensive moodiness, visceral fury, despair, and hope. Indeed, The Veil are masters of pairing contradictory emotions, lacing depressive forays with exhilarating uplift. One of my favorite things is music that can induce contradictory feelings simultaneously; such is a high art and this album is a masterpiece of such tension and synthesis.

Each song bears the listener on a unique journey. For example, the title track opens with an upbeat new wave melodicism that enters into seamless exchange with passages of swirling black metal, the dialogue propelled by shifting time signatures. The track conveys elation and tempestuousness all at once, its grim yet somehow inspiring lyrics carried on a tide of exquisite musicianship.

When a band can move from almost pastoral, dream-like passages into moody, inky grooves, and then on to bellicose war metal fury, and do it all so naturally that the listener doesn’t even question the transitions – that to me shows a deep musical spirit at play, a band that transcends boundaries in its quest for total expression.

Some high points: the Bad Seeds-esque piano work on the closing track Redemption stands out, as does that song’s open riff, to my ears a homage to Deep Purple at their best. Another track, Awake, features some marvelous guitar solos. The first solo enters an evocative duet with some stellar hi-hat ghost note work; the second solo evokes pure epic grandeur. There are some fantastic mid-pace doom moments that really get the head banging, and throughout the lyrics lace one’s mind in knots of loss, longing, acceptance, death, courage, and struggle.

That The Veil make their potent fusion of influences sound so easy, so natural, is testament to some remarkable creative gifts (and a dedicated work ethic!). My only complaint might be that the album did not feature a recording of one of their live tracks that I am very fond of, The Machine Breathes, but I hope that this song will yet appear on a future release. This masterpiece is highly recommended, and deserves widespread recognition.

Scribed by: Heimlich A. Laguz 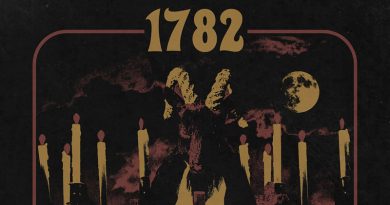