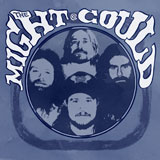 So, you’re in a pretty successful, kick ass band, you’ve released a bunch of awesome albums, toured the world then one day it all goes tits up. What do you do? Well, if you’re Erik Larson you head home to Richmond, Virginia, lick your wounds a while then hook up with a buddy in a similar situation (drummer Ryan Wolf from Face Down In Shit), form a kick ass band, hook up with the mighty Small Stone label, release an awesome album and hopefully tour the world some more!!!

Given Alabama Thunderpussy’s far reaching influence and Larson’s role as the creative hub of that band, comparisons between The Might Could and ATP will be inevitable…and not necessarily unfounded. This debut long player from The Might Could is heavier than a truck load of Jerry Springer worshipping, pizza munching couch potatoes yet at its heart has a soulful core that still keeps whistling Dixie. These guys continue in the tradition of mighty sludge fuelled riffs with a tasty Cajun coating and a lead guitar interplay that somehow manages to sound like an unholy jam between Skynyrd and Iron Maiden. The opening one two punch of “Stone Colossus” and “Wretched Wraith” hits harder than Mike Tyson on a cocaine bender!!! Being good ol’ Southern boys, however the chance to go epic on our asses is never far away and on the 7 minute plus “The Night They Shoot Ol’ Dixie Down” they invoke the Skynyrd spirit…if Skynyrd had been brought up listening to Black Flag!!!

Next up comes the awesomely titled “I Don’t Even Like Pantera Anymore” which comes complete with Anselmo baiting growls and a riff not too dissimilar to “A New Level” but dredged through the grime of the Mississippi river!!! The song of the South shines brightly on “When The Spirits Take Control” which is as close as The Might Could get to a “Freebird” style power ballad…all gentle picked chords and rousing chorus proving that these guys are far from being a riff worshipping one trick pony. It is probably worth mentioning at this point that Larson, as well as providing half of the guitar barrage alongside TJ Childers, also takes control of the microphone. Given the issues that Alabama Thunderpussy had with vocalists during their career and bearing in mind Larson has also produced two solo albums on which he sings, it’s little wonder that he has decided to take the bull by the horns here and step up. Larson’s approach is gruff and frequently brutal but not without a deep seated sense of melody which is no more evident than on the quieter moments where he reveals himself to be a singer of no little talent.

When the band want to rock out they don’t disappoint. “Mad Dog Blues” is a nifty little rocker that flexes both its punk and metal muscles and has almost fuck all to do with the blues and comes complete with a chant along “whoa whoa” mid section. Fear not though, this ain’t no Bon Jovi rip off…Bon Jovi fans would shit themselves if they were exposed to this!!! If it’s the blues you want though, hold on a moment and take in the swampy slide that heralds the arrival of “Let ‘Em Up Easy” before careening off into a spiralling, rollicking riff that live should see much busting of heads and flailing of body parts.

“Coming Clean” keeps its foot on the gas with yet another slice of up tempo southern fried rock…albeit with Larson’s throat shredding vocals adding an air of general psychosis and sludgy bile. If you were beginning to think these guys were all about the good times, “The Widower” dashes that notion as the Might Could deliver a weighty slab of melancholic Southern doom. This is easily the most dense and oppressive cut on the album…heavier than Rosie O’ Donnell hanging off your nut sack but still possessed of that innate sense of melody that flows through the album.

No southern rock album, no matter how twisted and heavy, would be complete without an epic closing track and, running at over 9 minutes, “The Fall” ticks all the right boxes opening on a clean guitar figure that intersperses with mighty moments of soaring doom before bringing the metal in no uncertain terms to play out to the climax.

Allegedly this album was recorded, mixed and mastered in 3 days!!! Most bands take that long to set up the drums when it comes to doing an album!!! If this is the case then the end result is all the more remarkable. The clues are there…this isn’t a pristine, polished release that has been overdubbed to all Hell but nor does it sound like a rushed job. This is an honest and above all tight band laying it down as it’s meant to be delivered live and free from unnecessary bells and whistles.

Three months into 2011 and Small Stone have already given us the new Roadsaw album to tease us and now The Might Could. Will they top these two releases? They might. They could…but it’s hard to see how!!!