Noisolation Session Vol. 1 is the fifth album by stökpsych (portmanteau for Stockholm & psychedelic) outfit The Janitors who according to their Facebook profile page have been ‘Peddlers of heavy drones and fuzzed nightmares since 2004’. The band are releasing this latest effort jointly on the excellent Cardinal Fuzz (Europe) and Little Cloud Records (US).

The band initially had the album written, and were ready to enter the studio when coronavirus hit back in March. As a result of these change of events, the band decided to go to their own studio to work on the tunes some more which were recorded in one night, mixed for a week and bingo, DIY Punk Rock style. The cover art reflects this stripped down no frills approach, with the picture of what looks to be a sparse recording studio. What also caught my attention was the typeface of not only the band and album names, but also the tracklisting which all seem to draw on that of legendary San Francisco industrial post-punks Chrome.

Opener Through The Storm Into Chaos is a long psych drone laden affair that recalls space rock/psych band Loop. The track, while well over seven minutes, was so medative and relaxing, I didn’t want it to end. For High On God, imagine a heavier and shorter version of The Stooges We Will Fall awash with Ron Asheton riffing if they had of ingested speed instead of LSD. Indifferent State reminds me a bit of Neil Young’s The Needle And The Damage Done. There is a folk feel about this number, mixed in with goth style gloominess in the vein of Dead Can Dance, adding to the overall downbeat ambience and tone.

The HP Lovecraft themed title of Thing is Rising takes a slightly different tack, with its steady build-up implying an ever increasing sense of dread and foreboding. Although I’m aware of referencing Swans in the majority of reviews I undertake, they’re seemingly omnipresent and as a result the sound of that band’s Screen Shot from the To Be Kind record comes to mind. I thought the track demonstrated a nice change of style, helping to maintain my interest.

Through The Storm Into Chaos is a long psych drone laden affair… while well over seven minutes, was so medative and relaxing, I didn’t want it to end…

The Mind Is A Terrible Thing may share its title from a Ministry album, but there the comparison ends as the track takes more of a Spacemen 3 and The Heads influenced approach. If the improvised sound of those bands tickle your fancy then this will definitely get your juices flowing.

Considering the time period when the album was recorded, the cover of Joy Division’s Isolation feels entirely appropriate. This isn’t my first time around this year with this track, having reviewed Wino‘s stunning interpretation, which meant The Janitors version had a lot to live up to. The result is the like of which you would never believe, take away the synths, slow it down considerably and you have all the ingredients for a truly original cover. The Ian Curtis vocal mimicry is probably the only clue as to its origins, but this in no way detracts from the overall impact and effect, serving to make the song sound darker, as if such a thing were possible.

Having listened to The Janitors previous album Horn Ur Marken and investigated some of their other output, my opinion is that this current release will appeal to existing fans of the band, as well as seasoned psych heads. Isolation aside, Noisolation Session Vol. 1 isn’t an album packed too full of surprises but is a very strong effort nonetheless. 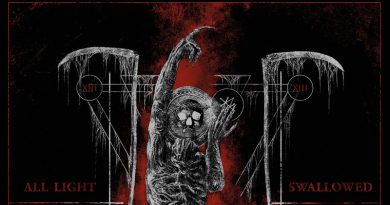