A rush of dreary associations come to mind when one thinks of Belgium; Poirot, chocolate, the European Parliament and beer. For me in addition to all these there is actor par excellence Matthias Schoenaerts (I recommend every sentient being check out Bullhead), post-metallers Amenra and now post-hardcore/screamo/experimental outfit Eleanora, a five piece from Gent. The band formed in 2007 and consist of Mathieu Joyeux (vocals), Jeroen De Coster (bass, vocals), Christophe De Ridder (guitar, vocals), Stijn Witdouck (drums), and Robin Broché (guitar, vocals).

Mere (Mother) is the band’s sophomore album following the critically acclaimed 2016 debut Allure, as well as a Self-Titled EP and a split 10” with Amenra, both released in 2014. The album’s artwork has all the elegance and beauty of a Claude Monet painting. Like Monet, the cover has a nature theme resembling what I take to be a wintery forest and seeing as art is subjective, that’s my perception. Unlike Cher’s (from the film Clueless) assessment of rival classmate Amber as a monet, meaning ‘from far away, it’s OK, but up close, it’s a big old mess’, the same cannot be said about Mere‘s artwork. If anything it improves with increased exposure.

As first track Amos starts, the thing that strikes me the most is the harsh ‘screamo’ influenced vocal style that you would have found on a Thursday or Poison The Well album. The music, which is intricate with Stijn Witdouck’s astonishingly dexterous drumming and the weaving Neurosis-esque post-metal, also helps establish a link between the icy sheen of the track and the coldness of the album cover.

Elders starts slowly and to my ears has a black metal influence reminding me of Darkthrone but with better production, Mathieu’s shrieked vocals in particular are a feature of that genre. The music alternates effectively between this and post-hardcore and I really enjoy the dynamics on offer from this track.

Third track Eb is a beautiful atmospheric instrumental that offers us a breather before we reach Korre, which takes us into Rosetta and Cult of Luna territory, and like those outfits has a distinctly progressive edge. You feel you’re being taken on a journey as there are quieter passages punctuated by the more aggressive.

what is so remarkable is that Eleanora manage to make even the most unappealing radiate with light and exquisiteness, an exceptional achievement…

Samaria is another gorgeous instrumental that starts off akin to Arvo Part (legendary Finnish composer), before changing tack with some majestic post-rock riffing. It’s a track that warrants lying back, and closing your eyes, to experience the full impact of its melodious goodness.

Principes is a deliciously nasty sounding number with the most intense vocal performance yet on the album and that’s really saying something. The track once again taps into black metal, but also has shades of early Swans when they were at their most uncompromising and bleak. However, as with Gira and co, what is so remarkable is that Eleanora manage to make even the most unappealing radiate with light and exquisiteness, an exceptional achievement.

Mere is the longest track on the album at eight minutes thirty one seconds and the sheer range of musical diversity makes for a breathtakingly perfect album closer. It’s a veritable greatest hits of the band’s sound, serpentine post-metal, post-rock ambient experimentation and throat shredding black metal influenced hardcore punk/post-hardcore, it’s the ideal summation of the album.

Despite Mere‘s familiarity (we’ve repeatedly heard this sound since Through Silver In Blood), there is nonetheless an x factor I can’t put my finger on which makes the album so intriguing and eminently listenable. It is an album that rewards with repeated listens and is one I will enjoy engaging with further. 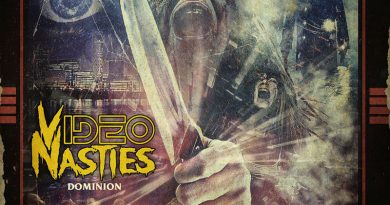