After two EPs Still, a claustrophobic post-hardcore and blackened sludge outfit return with their first full-length, the confusingly titled { }. Braces? Brackets? Parentheses? Or just the cold affection of the lifeless? Regardless, it’s an absolute ripper. Encompassing a range of fast and heavy musical styles, the most coherent theme throughout is that it’s both savage and uncomfortable. I mean that in a good way.

Album opener Droves sets off into a maelstrom of blastbeats and ferocious vocals before squealing feedback gives way to the sort of sombre tones we have come to expect from the more ambient side of post-metal. Reminiscent of the contemplative emotional moments in Neurosis’s classic A Sun That Never Sets, this section serves to only lure the listener towards discordant riffing, screams and an off kilter percussion segment that had me furiously head nodding on first listen. This is a remarkably strong opening to the record and one that will serve as a tremendous assault on the live stage. Blackened hardcore in the vein of some of Belgium’s recent exports round off an excellent opener.

Still are clearly not a band that, ahem, stand still and it’s straight onwards with more brutal hardcore on Continued Suffering Of An Endless Night. It’s no surprise as the production duties are also helmed by the excellent Joe Clayton but here there are similarities with the more recent output of Manchester’s Leeched, an industrial tone seeping into the frantic noise.

Exploring a slower and more doomed intro We Were Ghosts (All Along) explodes back into ferocity and intense aggression like its predecessors before fading neatly into the drowned in sound post-metal riff beast of All But Lost. Employing the saturated guitar noise favoured by mid-era Amenra, this is a more metallic track than most of the album and makes for a pleasant change in tempo. Cutting out of the riff into a pleasing bass led mid-section that provides great variety, this is one of the high points of a record that mainly bludgeons, the space and relative peace soothing the listener’s vulnerable ears and emotions.

brutal in its conception and execution…

Rumbling drums and more feedback storm bring about a feeling of impending trouble at the beginning of Half Hands Won’t Hold. In fact, a more melodic side to Still is apparent as guitar leads redolent with the emotion of instrumental post-rock bands overlaying the ever-energetic rhythm section shows the band are prepared to display a more tender side. This is of course demolished in a howl of anguished post-hardcore, with returning blastbeats, blackened riffing and screamed vocals showing they were only teasing. A high point of genre mutation bringing to mind varied, and seemingly opposing styles, in an impressive hybrid.

Creepy and unsettling samples overlaid with foreboding drumming and dissonant guitar noise mark out Drift as an outlier on this record. A moment of introspection perhaps as Still pause before the most aggressive and intense moment of the record, a screaming and swirling morass of noise that is a seriously harrowing listen. Making no compromise for an audience now inured to the worst, and best, Still can throw at them, this track in particular marks the band out as particularly savage and uneasy listening.

A surprising foray into clean vocals appears early on in Blear, Amidst. As the track crescendos into a doomed and a mid-tempo post-metal riff, this is another moment when the band allow the listener respite from the fast and blackened, although ultimately less successful than earlier on All But Lost.

No such concerns on majestic album closer Ever, the track opens with all that is best of post-hardcore, pummelling percussion, frantic blackened riffing and howled vocals. Showcasing all that Still have triumphed with throughout the record, this is a fantastic way to end the album – tremolo guitars floating above the crashing waves of a brutally heavy and active rhythm section. As befitting an extended album closer, Ever drops out of the frenetic to a slow build back to the inevitable intensity of a screeching blackened finale.

This is in no way an easy record, brutal in its conception and execution throughout, it challenges the listener to endure and to enjoy. In its absolute refusal to do anything but commit to a blueprint of anguish and torment, { } is a remarkable album and one that will likely be enjoyed by few, but very fortunate listeners. 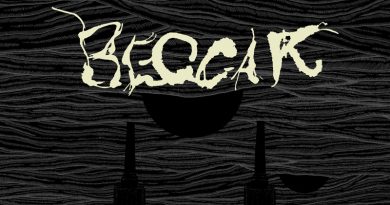