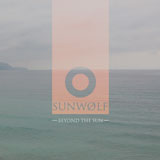 Sunwølf are a band that will confound your expectations. Clocking in at around 26 minutes, their debut mini-album “Beyond the Sun” is an intriguing – at times masterful – exercise in instrumental post rock. Try to forget what you think you know about the genre, because everything about this record suggests that Sunwølf took a long, hard look at it, and decided to turn the whole thing on its head. All the indulgent repetition and intricate layers upon layers of instrumentation have been stripped back to leave a purer and ultimately more visceral experience.

Even the name “Sunwølf” seems to go against the grain, as it is more likely to conjure images of epic Viking “battle metal” than the gentle ebb and flow of a record like this. Perhaps it was poorly chosen, or perhaps it’s really a challenge to the listener: to leave your preconceptions about the band at the door and approach their music with fresh ears.

The first thing you’ll notice about this album is just how Spartan it sounds. In many ways, its lack of forcefulness is more powerful than many of the louder, heavier and more complex post-rock records of recent years, and describing how such a minimalist piece can be so affecting is no easy task. It often sounds more like an art-house film soundtrack than a fully fledged album, and like a good film, the pacing of the record is everything. In keeping with the seascape adorning its front cover, the album slowly builds up and ebbs away like an ocean tide. Early tracks “Genesis” and “Solar” gently lead up to the stormy “Morose Land”, as the gentle motifs and lead melodies of the former give way to the doom-laden and feedback-heavy riffs of the latter. Titular track “Beyond the Sun” acts as the linchpin of the album – a heavy mid-point that focuses the listener – and is arguably the best track on here.

However, while Sunwølf’s take on song structure certainly marks them out as one to watch, their use of timbres is much less daring. The guitar effects will be familiar to any post-rock aficionado, and fans of classic rock will no doubt crack a wry smile at the phased keys in “Time Stands Still”, but overall there is little in the way of new sounds here. If you took a classic post-rock album such as Isis’ “In The Absence Of Truth” and peeled away the layers to its very bones, what you’d have left wouldn’t be a million miles away from “Beyond The Sun”. That may sound like a criticism – and perhaps initially in my mind it was – but the more you listen to the album, the more its slow build and ambience grows into to something far more compelling than a simple re-tweaking of effect parameters. What it lacks in individual song texture, it makes up for in album structure. It is the macro to post-rock’s micro, extending and simplifying to create something genuinely new and exciting.

Despite a few faults, “Beyond The Sun” is a daring attempt at pushing the boundaries of an already broad genre. Genuinely successful attempts at ambient rock on this scale are few and far between, so if you have any love for that classification whatsoever, you owe it to yourself to check these guys out. 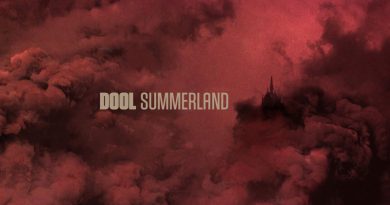 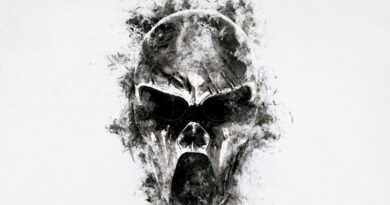