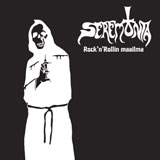 Ah, Finland! Land of the lakes, the taciturn and the weird! Any country that’s given us the diverse likes of Beherit, Xysma and Reverend Bizarre (to name but three!) would have reason to be proud, but it’s even more impressive given the relatively low population. And now we have been presented with another musical gift – this absolutely fantastic 7” from the freshly birthed Seremonia. Given the band’s name, it seems inevitable that they will be lumped in with the likes of Jex Thoth and Blood Ceremony, but whereas I see the former as a genuine “occult rock” band and the latter a prog band, this enigmatic bunch (I don’t even know how many of them there are!) sound pretty firmly rooted in late Sixties psych-rock.

Graced by suitably lugubrious but subtle psychedelic artwork (presumably courtesy of bass player Ilkka Vekka of Haare/Steel Mammoth fame…), these two tracks have propelled this 7” to the top of my “favourite single of 2012” list, and it’ll take a hell of an offering to knock it off the top spot. The opening track, “Rock ‘n Rollin Maailma” has a riff that can’t fail to make you grin, the very definition of everything that makes rock ‘n’ roll great – simple, catchy and heavy.

Once upon a time, this kind of thing could be found in the charts, but alas those days are long gone, and we have to rely on the good folks at labels like SVART to search out and release material by these bands, but I’m digressing…

The singer’s voice is truly beguiling, mostly consisting of a drawl (who says only men can do this? Hah!) in the lower vocal register, and paints (I’m told) a cautionary tale on the dangers of rock ‘n’ roll and drugs – the band even put together a cracking video to accompany the song! Of course, the beauty of hearing music in a language you don’t understand is that it adds a layer of mystery to the proceedings, and coupled with the creepy riff, manages to make the listener more uncomfortable than any band peddling the occult rock shtick at present. There’s a primal urgency to both sides of this single, and although the Sixties psych influence is clear as day, there’s also a very clear nod to the sleazy surf-rock of Link Wray and Duane Eddy in the form of a guitar solo at the two minute mark. Utter filth, and all the better for it – there’s a severe lack of this kind of sex in guitar playing these days, and it’s great to hear it making a return outside of the increasingly tired “rockabilly” scene.

The B-side is just as good, and (much like the first song), you could have fooled me into thinking that the faster-paced “Nämä Kesäiset Päivät” was taken off one of those fabulous “Girls in the Garage” compilations that Romulan records put out, especially given that the band have added an extra touch of the Sixties by adding organ throughout. If there was any justice, these two tracks would be spilling out of every car radio and bar in town, but sadly not to be; raw, garage-y perfection in its production, presentation and execution. In short, this single is absolutely brilliant, if it doesn’t make you smile and nod along, you have my pity, not my scorn. And you know the best bit? This is just a taster of an album that will emerge later this year. Great, essential stuff! 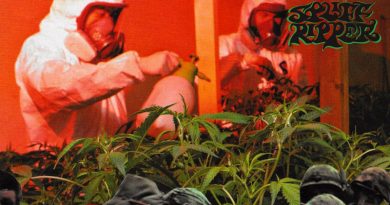