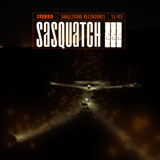 Now, many people would say that rock and roll isn’t big or clever, and there are an equal number of people that would claim that that is exactly what makes it so fucking awesome in the first place!!! The finest rock and roll bands have made careers of keeping it simple and not messing with a winning formula…AC/DC, Motorhead, the Stones…etc. If they have ever tried to mess with the formula they’ve invariably come unstuck and produced a turd pile bigger than old Bigfoot would be capable of!!! Sasquatch understand that to be effective rock and roll needs to be simple, powerful, fundamental and primal and so take the fuzzy grooves of stoner and mix it all up with a greasy 70’s blues vibe that aims straight for the heart and the crotch.

Opening track “Get Out Of Here” blasts along with its foot on the floor while follow up track “Took Me Away” hits a gorgeous lazy groove that would have had a million American teenagers reaching for the reefer in their bedrooms 35 years ago. “Pull Me Under” is a mammoth slow burning semi ballad…I say semi as it’s too damn heavy to go all the way but broods in the finest tradition of bands such as Soundgarden and Alice In Chains. Each track here is a lesson in concise riffs, simple yet effective structures and how a rock band should just get to the fucking point!!! To describe Sasquatch as simplistic is by no means to do them a disservice, the three guys that make this beautiful noise, Keith Gibbs on guitar and vocals, Rick Ferrante on drums and Jason Casanova on bass each play out of their skins. Ferrante lays down a lazy but tight groove that rolls right along with the dirty and low bass lines. Gibbs’ voice is a soulful yet earthy croon that brings to mind Dave Wyndorf with maybe a touch of Zakk Wylde and he wrenches the blues out of his guitar with more than a tip of the hat to Billy Gibbons. Anyone can stick a bunch of riffs together and call it a song but it takes some real skill and no little amount or heart and soul to pare it back to the essentials and write quality, unfussy kick ass rock and roll in the way that Sasquatch do. Look at “New Disguise” for example which breaks out the acoustics and rides along on a two note riff that remains compelling throughout.

Led Zeppelin got away with numbering their first three albums…on the strength of this album it’s not impossible to think that Sasquatch could be on their way to earning the right to leaving their name and title off the next album. Yet another top quality release from Small Stone…buy it, download it, steal it but get your hands on it!!! 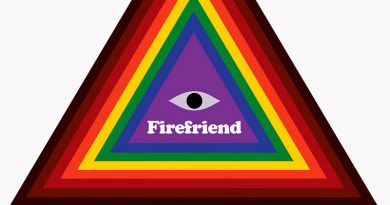