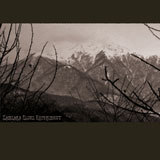 Jon Spencer Blues Explosion copulating with the Sontaran Experiment? Nah mate. And if you’re wondering what ‘Samsara’ is, then I can tell you, oh sweet child of the forest. It means to flow and to pass from states of being, to wander the spiritual planes between life and death. It says so on their press release. It also claims SBE are akin to Robin Trower jamming with Sleep. Not too wide of the mark. This Berlin three piece were formed from the glowing ashes of psychedelic blues band Terraplane (not the lame eighties pop rockers) when they split last year, and I tell you what sunshine, …this two track demo ep is sweet cocaine for the ears! I clocked the name and thought…yeah, possibly a bit uninspired/generic. How wrong I was. SBE play classic stoner rock, with a strong sixties/seventies psychedelic vibe, that is a positive joy to hear looping out of your speakers and filling the room. Somehow SBE seem to make a well worn genre seem fresh and powerful.

‘Singata (Mystic Queen)’ opens with a buzzing melt of sitar, head fuggling wah wah guitar and the merest hint of cosmic effects, the rhythm section slowly working it out underneath like a hot languid serpent. The lead guitar of vocalist Christian Peters arcs and pivots, stretching out and coiling like a bastard ghost-echo of Hendrix. Lazy fucked vocals, reminiscent of Dave Brock orTony McPhee (Groundhogs) filter in and out, allowing the band to take off again for a breath taking blast of psychoactive meltdown before halting in a dying shimmer of sitar.

‘Double Freedom’ is a fantastic sprawling thirteen minute marijuana fuelled raga jam that ascends high on a great lazy vocal hook that occasionally tells us ‘Don’t be afraid of death’, and burns on and on, sometimes dying down to let the bass and drums to roll and undulate like a great perspiring electric jazz worm. The whole track builds slowly to a real heavy locomotive behemoth, the guitars yawning across a classic two note Stooges-esque riff that slides over you like a wave of dark psilocybin energy.

There is nothing particularly new here, but who cares? It sounds fucking great. If these two tracks are anything to go by then SBE cook like a manic depressive master chef on crystal meth. Download it free from www.generated-x.de/sbe/.