When a release is accompanied by a press note that describes it as being for fans of Earth, Sunn O))), and Justin Broadrick, and making mention of ancient Gnostic wisdom, it gets my attention. Génesis Negro on Sentencia Records (that’s ‘Judgement’ for we who don’t speak Spanish) strives to be a little more than ‘just’ a coherent collection of pieces of music.

As the accompanying short press release notes, the sum of the whole work comprises music by Ricardo Jiminéz (Orthodox/Pylar) and illustrations by Antonio Ramírez inspired by/based on Alfonso Lebrón’s 1988 article (also included as part of the package) about forgotten sects. Now, in reviewing this work in its entirety I have two problems; I’m even less credible as a critic of visual art than I am of music, and I am a tragic example of the British unwillingness to learn any language other than English, whilst the article is in Spanish. Further, try as I might, I can’t translate it nor find an existing translation. Neither Google Translate nor Lens were of any help. Bummer.

Ergo, this review is mostly in regard to the music, with a word or two about the illustrations. Ah yes, the illustrations… Very detailed ink drawings in an almost pointillistic style, these seem to be (remember, I can’t read the accompanying text) a selection of fantastic, and somewhat sinister creatures, comprising claws, horns, bones combined with human anatomy. There’s certainly a utilisation of female human sexuality in a number of the prints, but how this links into the conceit of the piece as a whole, I can’t say. I really wish I could.

They’re very clearly reproduced and laid out in a way that reminds me of that piece of anatomical fiction The Resurrectionist: The Lost Work of Dr. Spencer Black, or, perhaps some of William Blake’s more fantastical etchings, The Great Red Dragon maybe? It’s such a shame that I can’t understand the context of the visuals with reward to the writing and the all-important music. This type of line drawing really appeals to me in its clarity and seeming simplicity

So, this is a guitar album. Quite literally, I don’t think that there’s anything else on here other than perhaps some field recording – no vocals, no bass, no percussion. Is that a synth I can hear? I know not, and even if it is, is it the product of six strings and an effects box? Further, sometimes it sounds like there’s only one guitar. This isn’t the thick, textured sound that you’d expect from a Sunn O))) album for example. No, this is sparse, at times sounding like a single track that’s had very little, if any, post-recording fettling.

this is sparse, at times sounding like a single track that’s had very little, if any, post-recording fettling…

As such it requires a different type of listening than the saturated, multi-layered music of Messers Anderson and O’Malley, or the early outings of Dr. Carlson Albion. This is sharper. It’s got plenty of pleasingly fuzzy tone but to these ears, it seems to slash, clang, and twang rather than suffocate the listener under the crushing weight of tone and low-end density.

Four tracks in we change up with an occasional switch to acoustic guitar. Allí silenciosamente rendirás culto (There silently you will worship) begins and ends with something that sounds like the noise of a sirocco moving through a house, rattling blinds and shutters. The acoustic guitar exploring a selection of repetitive and almost discordant patterns. It’s very different to everything on the album that has gone before, but also fits as part of the whole.

No cedáis ante el fuego (Do not give in to the fire) has a motif repeated throughout that conjures the image of whirling Sufis through the building riff, infused with a suggestion of the Middle East in its choice of notes. It climbs to a dizzying crescendo of noise and repetition before slowing and fading into a fuzzed-out drone. Magnificent. Elsewhere there is more fuzzy drone, as well as crazily modulated clean guitar that bends and warbles as it distorts the melody previously established.

It’s fair to say that Génesis Negro didn’t turn out to be the album I expected. My inability to translate, or read, the text was definitely a big disadvantage. I lost out there as the whole album would no doubt have revealed different things had my listening been more informed.

I love the concept of art inspired by a piece of writing, especially when different media come together in a single work. Prior to listening to the whole album, I thought I was going to get something more akin to Nadja, or Black Sun Void, and there is a kinship there – perhaps they’re second cousins? But this is a lot less straightforward than heavy, amp-driven drones and riffs. Be in no doubt, this is like the curate’s egg, and I wonder how much (if any) was improvised. It won’t be on heavy rotation, but I imagine I’ll find a use for Génesis Negro and return to it in the future. 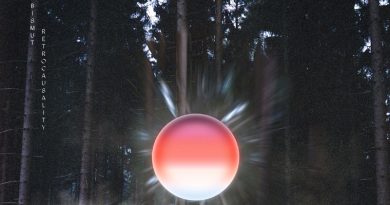