Thicko are a two-piece formed in August 2019 and are comprised of Paul Catten on Vocals (and lyrics) and Paul Kenney (everything else). You may be familiar with Paul Catten from bands such as Medulla Nocte and Murder One, and who I remember garnering quite a few column inches in the likes of Metal Hammer and Terrorizer while Paul Kenney is from the bands Mistress, Fukpig and Kroh.

The first thing you notice about the album is the cover art. What stands out is the font which recalls legendary anarcho-punk bands such as Crass. This along with the stark black and white colour scheme recalls classic Crass albums such as The Feeding Of The 5000 and Stations Of The Crass. For those not in the know, Anarcho-Punk was largely a late 70’s/1980’s phenomenon that originated in the UK but not limited to as the likes of Anti-Cimex from Sweden and Nausea from the States would testify. The politics were of a decidedly far-left persuasion taking its cues from the May 1968 Paris protest which saw French Communists and Socialists join forces to try and oust President Charles De Gaulle and his Gaullist party. For a more in depth look at the Anarcho-Punk scene, Ian Glasper’s The Day The Country Died proves an excellent starting point.

The bio that accompanies the album states that this is ‘8 tracks of politically charged D Beat fury at the current state of UK politics’. This release brings back the feeling in mid 80s aggro crust mixed with brand new anger and filthy distorted guitars’ it’s hard to disagree with this statement. Unlike Crass and their scratchy proto post-punk approach, this is fast hardcore punk with hints of Conflict and crust legends Extreme Noise Terror. The vocals have little in common with Steve Ignorant’s Cockney cor blimey guv’ner sneer and are delivered at such a breakneck pace that the only words you’d be able to discern without the use of headphones are ‘fuck’ and ‘cunt’, which would render radio play, even on the more ‘progressive’ BBC6 Music, still relatively difficult.

The slowest and dare I say most ‘accessible’ track on the album is opener No Deal Brexit Mate, which launches a vicious tirade at the current Conservative administration and their desire for Brexit no matter the cost. The rest of the album is ferocious and tears along, track two Disaster ending with the refrain ‘It’s a fucking disaster’, this is not an album that does subtlety. Class War Starts Now and They Sold You Lies should leave you under no illusion about what the band’s opinion of the current political situation is. The lyrics are straightforward and to the point, there is nothing didactic about Catten’s lyrical approach and it appears to be more of a cathartic release of frustration rather than trying to win over new converts to his political ideology.

The album is 8 tracks long and the longest clocks in at 1.29, making the album in total come to 8.15.  This means you really need to listen to the album a few times to get a real feel for it. As a very moderately right leaning Libertarian, I can’t say I fully agree with the lyrical themes of the album, but I do empathize with and relate to the sense of disillusionment with politics.

That said whatever your political leanings, this is still a fun listen whether you are a fan of anarcho-punk, hardcore punk, crust or grindcore.

Check out more Thicko at on their Bandcamp page and for a paltry £2.45 you could own the bands entire catalogue. Can’t say fairer than that! 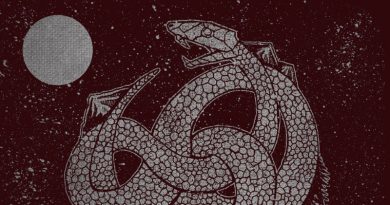 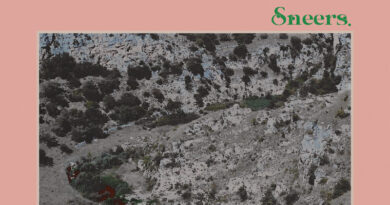