Cold In Berlin’s previous album, The Comfort Of Loss & Dust, was one of my favourite releases from 2015. Something about the combination of post-punk bass, grinding guitars and Maya’s haunted, howling vocals triggered the centre of a synaptic Venn diagram in my brain. It trawled through all the long years of my life, plucked some of the elements I like the most from my memories and blended them up in a cast-iron cauldron.

Will their latest, the band’s fourth album to date, do the same?

Rituals Of Surrender lurches into life with the bass-heavy growl of The Power, a tale of woods and witchcraft that stalks its way to the prophetic couplet of ‘there’s a dark moon rising/on the horizon’ and through this, in many ways, acts as a perfect entry into Cold In Berlin’s gothic mansion of music. I say ‘gothic’ rather than ‘Goth’ very specifically here; it’s true that there is much in Rituals Of Surrender which will resonate with those who appreciate the harsher side of Goth but its heart rests in an aesthetic that is more Frankenstein than Fields Of The Nephilim. Like Mary Shelley’s novel, Cold In Berlin sound like they were born in the gloom of a storm-wracked night and not the smoke of a strobe-lit club.

Indeed, gothic motifs thread their way through the album; girls who wait in cold rooms, the crack of brittle bones and bright moons hanging over dark forests. This feeling is ever-heightened by Maya’s ghostly vocals. Suffused with a sense of distance, grief and rage, they often sound as if they’re echoing down from the attic of some long-abandoned aristocratic home, while the band play in the west wing’s ballroom. On Sacred Ground, for example, Maya demands to know ‘do you dream of me/like I dream of you’ and manages to make it sound like a threat, transforming the violin-tinged track from a maudlin lament that would sit perfectly in a My Dying Bride set-list into something far more sinister.

Monsters, sparse verses and dense choruses spiral their way to the chilling crescendo of Maya’s voice almost roaring ‘my body betrays me/every day, every night’, a spine-chilling piece of music which is perhaps the highlight of the album for me…

Equally, the repeated refrain of Avalanche – ‘the casket’s open/and the body’s gone’ – perhaps gives some clue as to why this album sounds so thoroughly haunted. Monsters, sparse verses and dense choruses spiral their way to the chilling crescendo of Maya’s voice almost roaring ‘my body betrays me/every day, every night’, a spine-chilling piece of music which is perhaps the highlight of the album for me. Previous reviews I’ve read have compared Maya’s lyrics and vocals, almost inevitably, to singers like Siouxsie Sioux or Lydia Lunch but this does her a huge disservice. Maya’s voice and vocal styling is very much her own that replaces punk sneering with a more melancholy crackle, yet still manages to express a fearsome power and depth.

Even so, this could all come across as a bit bloodless if it weren’t for the quality of the music that serves as a backcloth to the vocal theatrics. Fuzzed-out guitar, tombstone-heavy bass and drums that are happy to leave mist-tainted space when necessary come together to build a sound that’s more like a spikier, angrier Funeralopolis than you might imagine.

I have to admit that I miss some of the variation which made The Comfort Of Loss & Dust such a twisting and refreshing record; there’s no punky blast like Fucking Loud on Rituals Of Surrender, for example, nor anything as fundamentally creepy as Mysterious Spells. Yet trading variation for consistency is no bad thing and while what is at root a guitar-based rock album won’t win any awards for invention, it should hopefully win a few for being very, very good indeed. 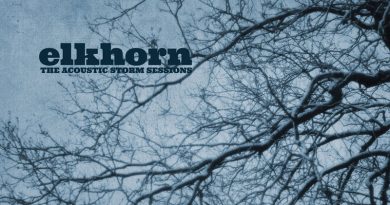 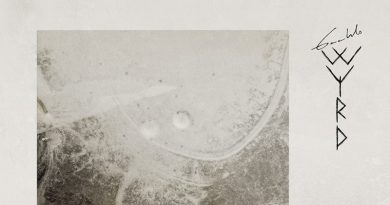