If you follow The Sleeping Shaman you’re likely expecting coverage of doom and sludge. Riffs and heaviness. So, are you going to read much further when you see that this review is for a country album? Before you go, remember when Mike Scheidt of YOB covered the music of Townes Van Zandt and all the doom heads started discovering how awesome it is? What about Scott Kelly’s TVZ covers, or the utterly devastating version of Rake that he did with Blood & Time? How about the soundtrack to season one of True Detective and that scene with Casey’s Last Stand by Kris Kristofferson playing in the background? Maybe you’ve checked out Hank Williams or his son through the sludge connection of Hank III, or even III’s country tunes – Torn Between Suicide and Breakfast on the EyeHateGod tribute? Make no mistake – country might not always have the riffs, but it is truly heavy.

I’m far from an expert on this. If I’m honest, my experience doesn’t go much further than the stuff I just mentioned, but I love the country tunes I know. I can’t remember where I heard it, but there was a story of some jazz great who at the end of the night after his set would sit down and listen to country songs on the juke box. When he was asked why he was listening to such “unsophisticated” music, he said it was because he liked listening to the stories. And that’s the key to good country as far as I understand. Heartfelt representations of reality and clever lyrics that can cut you to the bone as much as they can make you chuckle.

Benjamin Tod’s music is described as ‘dark country’ but ‘dark’ seems redundant. Despite the wicked sense of humour that sometimes gets a look-in, all the country I know is about misery, failed relationships, alcoholism, poverty, and most of all, honesty. It’s already dark. It’s one of these labels they use to get people from outside of the scene to listen to it. Dark folk, dark blues, dark jazz. It’s like the heavy tag or any other. Forget all that and open your mind.

A Heart Of Gold Is Hard To Find is a delicate and vulnerable album. It’s not brash or maudlin or defiantly morose, it’s thoughtful and intricate. You’ll have those albums for the wee small hours that you listen to when it’s quiet and you’re alone. The ones with mellow vibes where you press play and switch off, but this album is for quiet times so that you can pay attention and truly listen.

It’s a challenge to describe the stripped-down richness of Benjamin Tod’s music. It’s a familiar enough set-up with lone guitar and voice, but there’s a singular atmosphere created with the character of the guitar playing, the personality of the vocal, and the stark and often brutally raw lyrics. The elegantly picked guitar is the sombre and sober vessel for the stories, and it’s like listening to a series of quiet confessions. It does him a disservice to take his lines out of context but sometimes it’s the simple words sung in the right way that hit you as hard as any riff. For me, there’s a lot of stuff I can recognise in these songs, and I can’t say that always sits well, but music like this holds a quiet power in the way that it can hold a mirror to the listener.

there’s a singular atmosphere created with the character of the guitar playing, the personality of the vocal, and the stark and often brutally raw lyrics…

First track Sorry For The Things is an apology note to an estranged lover, holding out for better times and throwing hard regret at drunken mistakes. And maybe there’s a self-apology in there, too. The guitar playing is fragile, the vocal stark and cutting. “One day I’m a sweetheart and the next day I’m a brute…what’s the use?”

We Ain’t Even Kin tells of fraught relationships with family, obstinate pride, and how that reflects on everyone else. “We’re not concerned ‘cause there’s nothing to learn from resentment”. Young and old falling out and losing time. Choices good and bad. Long Gone is deceptive with its beautiful guitar melodies paired with a dire warning for any women drawn in by the narrator’s fleeting charm. “I poison everything I touch like nothing else that breathes”. Glory Bound looks back on youth and how things change, where they’ve been and where they’re going, and resolving to make things right. “We may never be anything more than what we’ve endured through tragedy.”

A little more upbeat, O’dea lifts the sound while the lyrics keep it low but hopeful in its melancholy way, while Widow Queen is an ode to better days and getting through. While it can be taxing to listen to such relentless tales of pain and regret, Tod isn’t self-pitying or giving up on life. There’s a strength of will and backbone to the songs, holding out for better times, trying to turn it around, making the best and moving on. Sometimes the greatest comfort is knowing that while you can’t fix it, you can get through it.

Cannon Fodder pines for better times and laments the realities of love and self-medication. “How we all pretend although we know not a soul will be there in the end.” Saguaro’s Flower is a song for lost love and how life goes on without it. A beautiful expression of how it feels when you’re left alone but wish you weren’t. “Since you’ve been gone these worthless songs are all I’ve got left.” Any More Than I Can Carry depicts lost industry and community, the need for the people that help us, and making it – or maybe not making it – through hard times. As for the title track, A Heart Of Gold Is Hard To Find, that got me more than any of the others for various reasons. I’m not sure if it’s meant to be a reference to the Neil Young song, but it is as I hear it, and with that in mind gives it a scope and depth that sounds like a cold and familiar hard reality. The sound of lived wisdom and carrying on.

I can’t say if A Heart Of Gold Is Hard To Find is autobiographical or just telling stories or both. It doesn’t really matter. I think that for this music to really connect you need to find something relatable in the stories and have those moments when a line catches you or cuts you. You don’t need to have experienced the same to get the most from the songs, but you need to recognise some sort of truth and see yourself looking back in some way. Sure, there’s some real pretty guitar on here, some great song writing, moving vocals and an honest feel and rich atmosphere – but I don’t think this is an album to just sit back and enjoy. It’s an album to live through. Excellent stuff. 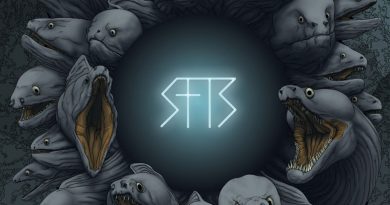 Review: Stone From The Sky ‘Songs From The Deepwater’ 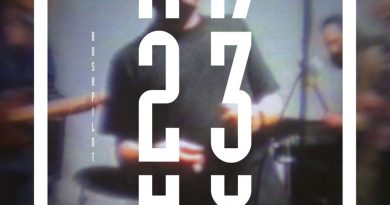