You can’t discuss Red Beard Wall without first discussing the legendary red beard of lead singer/guitarist Aaron Wall. After all, the band is named after it. I would go as far as to say he’s the Billy Gibbons of stoner rock. Shit, I might have to interview him just to learn how to grow a beard of those epic proportions.

I’m not jealous… even though my wife says I’ve got beard envy – haha. Anyway, what you’re really here for is the music. Red Beard Wall is back after two years with a follow up to their sophomore album The Fight Needs Us All. On July 2nd 2021, the band will be releasing 3 on the mighty Desert Records. And this is another fantastic band added to their ever growing roster. Quality over quantity they say, well Desert Records responds with ‘why not both!’

For those of you that love vocals that push the human limits of screaming, well this album is for you. But you’ll have to wait because the opening song Tap is an instrumental. It’s a great opener that sets the tone for the album. I personally love the music cutting out multiple times in the middle of the song as it reminds me of From Here by Torche off their grand album Admission and to quote Mozart ‘The music is not in the notes, but in the silence between’.

The marching drumbeat opens the next track, Move Forth, and I was intrigued. As the song continues however, I found that it’s not my favorite on the album. I’m not quite sure what didn’t resonate with me, although towards the end I really did enjoy the guitar riff and drum combo. They played really well off each other. Sometimes it takes me a while to truly appreciate a song and I may be regret writing these words after some more listens.

Contrarian, the third track with its opening in your face riff… then dead silence… the loud riff repeats… then silence… followed with an eardrum shattering scream accompanied by the opening riff in all its glory. Grinning from ear to ear, I’m back in it and this song is killer. It’s heavy yet catchy and blends the clean and growling vocals with ease.

The next two songs follow the same suit as Contrarian and very effectively I might add. I’m particularly fond of the guitar riff that opens Waste with Aaron screaming his heart out. My Brothers follows and takes a slightly different approach with Roderick taking the helm and getting his aggression out on the drums with calming clean vocals over the top. I’m a fan of opposing sounds and it’s well executed.

This leads us to where the album really shines for me. The feedback guitars needed in every stoner album is ever so present on Liberate, building to quite possibly my favorite riff on the album. The vocals complement each other perfectly and the pace of the song carries through launching you into Leave Me Be.

I’m a sucker for palm muted riffs like Bury Me In Smoke by Down. This song has that same vibe and starts off perfect, or so I thought as at around twenty seconds in, it’s has one of those moments where those little hairs on the back of your neck stand up. Every snare hit, every kick, every chug of the guitar, every cymbal crash that comes through the speakers carries the feelings of the band when it was created.

Leave Me Be is a sublime song and could very well have been the closer of this record. (I hope it’s a closer live!) But Red Beard Wall still has a few things left to say. Keep Fighting and Home close out the album in a strong way. After spending a lot of time listening to calmer music (REZN, King Buffalo, Somali Yacht Club) it was refreshing to listen to an album that is in your face for the full record.

As the music dies and your ears are ringing, you realize that pesky 3rd album curse you hear about is no match for Red Beard Wall. They’re here for the long haul and the July 2nd release date will hopefully be just the beginning of many more releases coming our way. 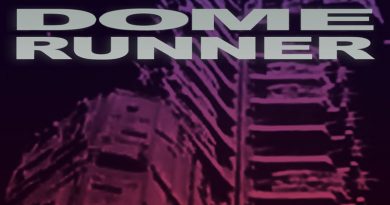