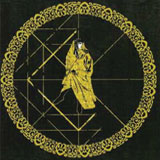 One listen to Rose Kemp’s new album and you get the distinct impression that she isn’t like other women. At school I can vividly imagine that, while other girls were busy discussing their hair and clothes and desperately attempting to attract the attention of the popular boys, Kemp would have been sat in the corner, clad in black and avidly devouring the works of Aleister Crowley…etc. Now this may not be true but if her music is anything to go by, this is one impressive and seriously powerful lady!!!

Growing up with famous parents, Maddy Prior and Rick Kemp of Steeleye Span has clearly been a big influence on Kemp. Having spent time singing with her parents’ band, her folk pedigree is second to none so, without any prior knowledge of Kemp’s music, the first listen of this new album on her own label is a huge shock to the system. Be warned, THIS IS NOT A FOLK RECORD!!! No, this is an exploration, a journey into darkness but not without great beauty.

With only three tracks, one of which is a shade under 10 minutes and two of which are considerably over that, this is less of a collection of songs and works far more in the vein of a classical piece as the tracks flow seamlessly together as movements within the greater whole. Opening track “Black Medick” starts with a jarring “Fuck” and a note perfect multipart choral harmony. This is particularly impressive when considering the album was recorded live as a 3 piece in 10 days. Kemp displays here folk roots on her sleeve in this demented madrigal before it gives way to a monstrously heavy, broken mountain of doom riffing. Kemp wrings the thickest distorted tone that I have ever heard from a Telecaster, summoning belching bursts of darkness from a simple plank!!! From this point on the listener is trapped as the album twists and writhes like the coils of a giant blackened snake through monolithic shards of doomed out heaviness, perfectly beautiful choral majesty and melodic experimentalism.

Kemp’s voice is particularly worthy of merit. The strength, range and control that she has in her singing is simply exceptional. She is capable of going from a demonic growl to the most ear piercing falsetto that makes King Diamond sound like Barry Manilow. Like a younger, more restrained and more purposeful Diamanda Galas, Kemp delivers a breathtaking performance of the most incredible power, precision and depth.

A great deal of the so-called “occult” doom bands such as Electric Wizard simply seem cartoon like in comparison. Here Kemp has created a vivid, almost ritualistic piece of music that cuts deep into the pagan psyche. She doesn’t need to dress her music up with pictures of heavily breasted girls in Satanic cowls to convey the occult mood. In short Rose Kemp doesn’t need to portray an image, her music speaks volumes and is undoubtedly from the heart. Where you know other people will certainly leave their image on the stage it’s not beyond the realms of the imagination to assume that Kemp could be found naked dancing widdershins round a fire in a forest with a crown of Rowan twigs on her head!!!

2010 has been an embarrassment of riches where exceptional releases is concerned but Rose Kemp has pitched in with an album so full of emotional depth, incredible mesmeric beauty and stratospheric heaviness that she may well have topped them all. I am hooked, scared and quite possibly a little bit in love. 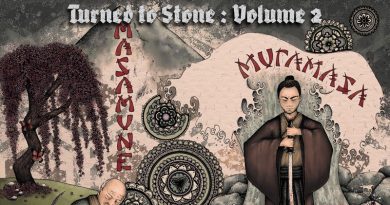