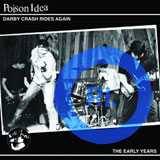 Coming as the first of a slightly out of character Southern Lord series of releases of this blazing 1980s/90s punk colossus (literally and metaphorically), this sprawling 29-track CD collects Poison Idea’s first infant screams into one tasty chunk.

The Portland, Oregon crew will need no introduction to anyone familiar with hardcore, but for the less bloodied, they offered a rich stew of metal-tinged raging guitars, triumphant song structure, furious vocals, and an undeniable fucked-off snottiness to the whole thing which meant it was never far from ‘punk.’ Something between Black Flag and Discharge would give you a rough idea.

This release gives you a fun, but exhausting, glimpse into the world of some friends in the process of piecing together what would be one of the most thrilling hardcore bands to ever haul themselves on a stage. The first few tracks are the ‘Boner’s Kitchen Demo’ – previously unreleased, but pretty scuzzy and probably for aficionados only, the stand-out being the superb sneer of ‘Swallow It.’ Even in this red-raw form though, the momentum the band generates is unstoppable, which would reach its high-point on 1990’s brilliant ‘Feel the Darkness,’ showing the band as the true heirs of Black Flag’s throne.

Tracks 7-16 are the original Darby Crash Rides Again demo, which ups the songwriting stakes a little, and starts to refine the band’s approach. Some of it is pretty accessible, like the jaunty ‘Pure Hate’ – angry but in an approachable way. Jerry A’s pissed-off roar is the clarion call pulling it together, and he’s got one of the best out there. And in some of the riffs, like the verses of ‘Bounce the Rubble’ the band is starting to hone the groovy, metal-style rock that underpins a lot of Feel the Darkness to such hip-shaking effect.

From there on it gets a little bit messier, with a slew of tracks from a live KBOO radio recording that are up and down in terms of essentialness, plus a couple of ‘Outtakes’ at the end. I would vote with starting at track 7 ‘Give It Up’ and blasting this at top volume, if you want to feel the taste of what hardcore punk is all about. 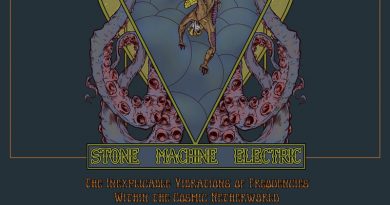 Review: Stone Machine Electric ‘The Inexplicable Vibrations Of Frequencies Within The Cosmic Netherworld’ 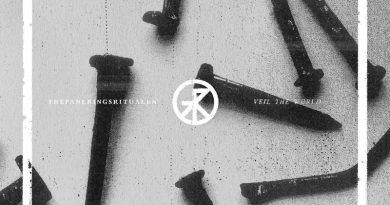