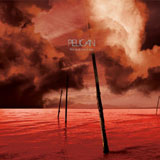 In some ways I’m pretty fortunate in that I’ve been living under a rock for several years and have never heard a note of Pelican’s previous work so can come to this new offering with fresh ears. I am, for want of a better expression, a Pelican virgin…the band that is not the birds…actually yes the birds as well as I’ve never indulged in their feathery love. I digress…I come to this album with no preconceptions or comparisons to previous work.

I have to admit the words “instrumental post rock” don’t usually fill me with a lot of confidence as I tend to expect overlong songs that sacrifice hooks and melodies in favour of dynamics. Songs do need dynamics true but for me there has to be a hook, something to hit that certain button that will make a song memorable. That’s not to say that instrumental music can’t have hooks but the addition of vocals tends to provide this in most cases. So with this in mind I was somewhat hesitant to press play on this little beast.

My initial preconceptions were immediately pushed aside. This is a far heavier piece of work than I was first expecting. Yes it’s post rock I suppose but it has a hairy metal heart and an undeniable groove. The riffs do roll with an almost doom like intensity underpinned with some lush textures all aided and abetted by a lovely thick production. It’s a pleasant listen throughout, not outstanding or emotionally gripping but a nice album to have on. It’s not until the last track “Final Breath” that the limitations of this album and possibly the genre as a whole become apparent. This is the only track to feature vocals, and I understand the first time Pelican have done so, and it only serves to underline the, often faceless nature of the rest of the album. This is the stand out track for the very reason that the stark melodic vocals add an extra dimension that is so obviously lacking elsewhere. Up to this point the album is ok but when the vocals do come forward it highlights the shortcomings of the previous tracks and makes it perfectly obvious what is lacking in general. Subsequent listens don’t quite stand up as you find yourself waiting for “the song with the singing”. It is very much the case that it is hard to pick out any high points elsewhere on the album as nothing stands out, each track does sound pretty much interchangeable with the next with the overall dynamic range remaining particularly narrow.

There is undoubtedly a market for this kind of thing and it certainly does provide the soundtrack for a certain mood …and this is certainly a decent album in its own right but could I listen to 2 albums in this style back to back? Hell no!!!