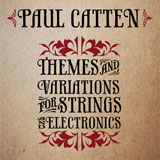 In another life, Paul Catten would perhaps have been horribly disfgured during the explosion of a machine to communicate with the dead, brought about by his own flawed calculations, rescued by mysterious Tibetan monks and perpetually encased within a suit of armour in order that the world not see his scarred visage. He may then, perhaps, go on to terrorise the world from within the borders of his homeland of Latveria, his terrifying armour-clad steel visage being a recognisable symbol of universal fear and dread, holding humanity in contempt whilst wishing to crush and rule them with an iron fist.

That, however, is not what came to pass, and so it was that the brooding twisted genius of Catten was unleashed upon the world at large through the agency of incredibly loud, often painful and mostly terribly obnoxious amounts of noise, and not through supervillainy. Either via vocalised noise with Medulla Nocte, Murder One or Lazarus Blackstar, or via the multiple forms of noise utilised by Stuntcock or The Sontaran Experiment, Catten excelled at being a noisy little bastard, and a divisive figure within the underground scene that nurtured him. Some think him a genius, often likening him to Mike Patton, in his more…uhh….’audience unfriendly’ moments, whilst others simply think he’s just a noisy little bastard, or even a nutcase.

Themes And Variations For Strings And Electronics finds Catten at his most wilful and divisive, taking its major lead from the piano-lead classical experimentation of his vastly underappreciated The Dark Half project and melding it to aspects of the electronic avant-fuckery of his Stuntcock persona to create something completely and wholly unexpected, yet brave, honest and utterly uncompromising.

Touching on elements of Mike Patton’s Pranzo Oltranzista and Fantomas’ Delirium Cordia, the tenser, tauter minimalist work of John Zorn, and the work of modern composers such as Krzysztof Penderecki, Gyorgy Ligeti, and George Crumb, Themes And Variations For Strings And Electronics is at once sinister, startling, haunting, terrifying and beautiful.

‘The Shocking Reality of Reaching Midlife’ opens proceedings with the sound of footsteps, closely followed by the sound of a sobbing woman before jagged clusters of atonal piano and sinister strings shatter the surrounding silence and ratchet the creep factor up to eleven. The tension throughout is nerve-shredding, as the piano chords resolve into minor-key blocks of sound and the strings writhe between elegiac and tense.

‘An Army of Narcoleptics That Swarm Upon Us’ begins beautifully, slow swells of strings create a mournful air as slow piano creeps steadily below, until all hell breaks loose. Heralded by a ticking clock – seemingly a major theme in Catten’s solo work – a wall of electronic skree towers up, suddenly blocking the path in front of us, filling the space with static and noise. The piano makes a somewhat more deranged return over the ending, backing the sounds of distress, lifted from a movie that I cannot place.

‘The Jedi And The Selective Mute’ is fractured, minimal and frankly creepy. Negative space is interrupted by a delicate piano line played as though the player is falling asleep at the wheel, under the influence of heavy-duty knockout pills, with occasional crashing stabs and the sense of rising dread, conveyed by a steadily-increasing hum and tense string interjections.

‘Sonata for Oscillator and Theremin – estinto’ is a bleeping, blooping, whirring hell of analogue synthtones, wildly throbbing theremin and a berserk oscillator that sounds not unlike R2D2 having a total meltdown. Painful and perhaps the most recognisably ‘Cattenesque’ thing on here, the little bugger.

Closing piece, ‘Finale – Serenity in an Ocean of Storms’, is a beautiful, dramatic number, full of movement and sweeping musical gestures. It begins humbly with subtle piano and strings, becoming more strident and forceful with the introduction of a drum, pounding out a slave-ship rhythm as the strings and keyboards become more cinematic in scope until everything dissolves into a ringing, echoing skirl of electronic feedback. Emerging from the abyss, a rippling piano motif, that has more than a touch of Saint-Saens to it, is shot through with violent electronic storms of static and processed aural mange until, free from the writhing snakes of distortion, it is left alone to vanish into the aether.

There is a sensitivity and an innate musicality to Themes And Variations For Strings And Electronics that may come as quite a shock or surprise to those who thought they had Catten down pat, and serves to further reinforce his Mike Patton connection whilst simultaneously outstripping it – Patton simply could not have come up with something as focussed and emotionally honest as this. Catten is hiding behind nothing, his soul is clearly bared  herein for those who choose to hear it.

Simply put, Themes And Variations For Strings And Electronics is indisputable proof that Paul Catten is an artist, and I, for one, am certainly glad that he chooses to use his twisted genius for good….for the time being….. 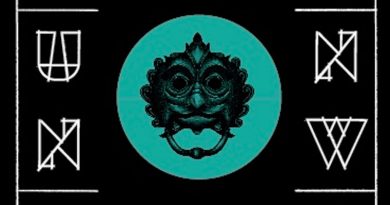 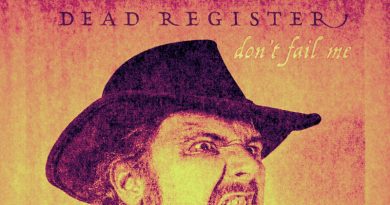