What more can you say about Norwegian doom titans Funeral, other than the fact that their sound has slowly evolved from the most miserable of all the subgenres into a more regal, gothic despair over the years. A true pioneer in the 90s of death/doom misery, it has been nine long years since their symphonic masterpiece Oratorium, and Praesentialis In Aeternum is out now through Season Of Mist, eager to reacquaint us with their own Scandinavian sorrow.

As opener Ånd begins to drift into view amongst delicate piano and grandiose strings, it suddenly hits hard with a striding doom riff and strong vocals. This track has guest vocals from Lars Nedland of Borknagar/Solefald fame, and it provides a swelling evocative feeling that I really appreciate. Everything feels more epic, swollen with a luxurious production that gives everything a rich weight to it. The orchestral backdrops add even more to that scale, as Materie dips us deep into a mire of gloom and cold mist.

The album has, for the first time, completely Norwegian lyrics and were written by a psychologist friend of eternal Funeral mainstay Anders Eek. Now, I don’t speak Norwegian at all, but I admire the idea of bringing in an outsider to contribute in this way, as it can reinvigorate and reinvent a band’s output if done right. And, despite my linguistic failings, it seems to have done the trick as Funeral‘s work is at its highest point when emotive lyrics intone over cascading riffs of sorrow and sodden atmospheres of depression and angst.

A triumphant, grandiose way to close out our year, and some of the finest work of their career…

Erindring I – Hovmod is a magnificently morose piece, while its follow up Erindring II – Fall builds upon that into what feels like a classic of antiquity but happening on a lost planet in an eldritch time. Horns blast over a frozen battlefield, where ghosts of mighty beast’s lumber, lost to existence. Like if the battle of the Pelennor Fields happened on an ice blasted tundra. I know what I mean!

The final twenty minutes is some of the best emotion-driving music I’ve come across this year. Be it the crumbling edifice of mournful giant Oppvåkning, with the brutality coalescing into beauty at a moment’s notice, or closer Dvelen, a mighty leviathan of symphony, gothic doom, and utter bleakness. If you’re lucky enough to snag the deluxe edition, you’ll be treated to bonus tracks; Her til evig tid which acts as an epilogue to Ånd, Vekst as a prologue to Erindring, and even a striding cover of Candlemass‘ Samarithan featuring their then singer Frode Forsmo, recorded in 2005.

This all acts to bring Praesentalis In Aeternum full circle, as an encapsulation of everything that has made Funeral gods of this sphere. A triumphant, grandiose way to close out our year, and some of the finest work of their career. 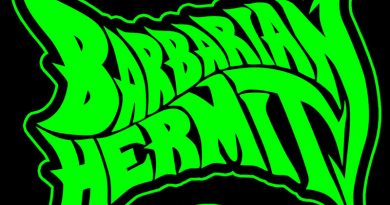