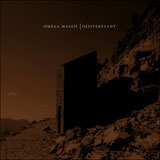 Do you remember when you first heard the track ‘Mammoth’ by Pelican? You know, the first track on their first EP? The track that was so aptly named, because when you listened to it you could clearly imagine a herd of hoofing-great Wooly Mammoths lumbering toward you, trunks aloft and tusks glinting as they bear down on you?

Now, do you remember how disappointed you were by everything by Pelican that came after that one track? It was VERY, wasn’t it?

Well, be disappointed no more, because Omega Massif have picked up the ball that Pelican dropped and are now punting it with extreme prejudice toward your unsuspecting face. All the huuuuuuuge monstro-riffs, all the chiming, ascending guitars, all the atmosphere, none of the tedium!

Originally released in 2007 by Radar Swarm, ‘Geisterstadt’ – or ‘Ghost town’ in English – is a concept album, of sorts, with the twist being that it is entirely instrumental. Yep. You heard right. An instrumental concept album. About what, you ask? Well…uh….about a ghost town. Actually, more correctly, its about a mine in a ghost town.

Obviously, with no lyrics to tell the story and nothing in the way of information printed in the rather lovely fold-out card sleeve, I had to rely on the press release to glean this li’l tidbit. I guess it doesn’t really matter if you know or not, but knowing that there is a theme flowing through the six tracks that make up ‘Geisterstadt’ allows the listener to add an extra dimension by visualising the unfolding possible events. Or something. Maaaaaan.

Enough flippancy, let’s get to the meat of the matter – the music!

As I said earlier, Omega Massif are very much in the same ballpark as Pelican and their ex-labelmates Isis, except without the meandering and mind-numbing tedium associated with those two bands. ‘Geisterstadt’ is ALL killer, NO filler, folks!

‘In Der Mine’ crashes in with a series of chords SO heavy, one would think that they had been hewn from a collossal granite mine themselves, alternating with a heavily delayed ascending guitar line that twinkles and hangs in space gracefully before crashing back down under the weight of THOSE chords, but the track REALLY gets rolling with a massive Melvins-style chug that thunders along like a buffalo steaming through a tarpit. Atop this roiling thrum, those twanging, delayed guitars reach heavenwards, intertwining and reaching critical mass as the weight of the whole thing slows time down to a crawl, then a dead stop. ‘Geisterstadt’ itself is the sound of those brittle, delayed and spikily reverbed guitars caught on the edge of the event horizon, fighting against the inevitable pull of sonic gravity, then losing. The other side of the hole, ‘Nebelwand’, is mournful and elegiac. Restrained. Replete with subtle accordion strains and taut, tense percussion. The track uncoils over a ten minute span, from tension and restraint to suddenly propulsive, bulldozing riffage, overshadowed by psychedelic guitar filigrees.

That drive and propulsion continues through ‘Unter Null’, which also bears superficial resemblance to Godflesh’s ‘Streetcleaner’ and early Isis material. Things dip a little, halfway into ‘Unter Null’, before coming back more powerful than ever – to paraphrase Obi Wan Kenobi – for the rest of the track and into the dark, dark sludge of the opening of ‘Arcanum’. For all its initial doom-mongering, ‘Arcanum’ actually evolves into one of the less oppressive-sounding tracks on ‘Geisterstadt’, showing a wonderful and very organic use of tonal light and shade – switching from pitch-black doom, to subtle melodic nuances and back to lurching sludge in such a way as to appear completely natural. Toward the end, a touch of the dreaded ‘post-rock’ creeps in, but in context this is more than forgivable. The dramatic ‘Exodus’ brings the album to a close, evoking shades of Neurosis circa ‘Enemy Of The Sun’ and a more compact Tool circa ‘Aenima’. Huge chords clamour for attention, rolling beneath the acidic scrub of those lysergic guitars again, before merging together in a controlled, taut yet somehow frantic lurching drive toward the finish line. Drama is conjured, an urgency takes hold as everything collapses inward and then we are OUT!

All in all, a truly weighty proposition.

BUT, it doesn’t end THERE! Oh no! For with this super-duper fancy-pants reissue of ‘Geisterstadt’, there comes a bonus disc containing Omega Massif’s 2005 Debut EP ‘Kalt’. How’s THAT for more bang for your buck, huh?

‘Kalt comprises of four tracks, including a much less crushing version of ‘Unter Null’ from ‘Geisterstadt’ that tend toward greater individual length than the tracks on the full-length. The overall sound on ‘Kalt’ hints at where Omega Massif would be heading two years hence, but their sound is not entirely ‘there’ as of yet. ‘Murgang’, and especially, the epic ‘Schacht’ hint most strongly at what is to come – ‘Murgang’ with its subtle/heavy juxtaposition, and ‘Schacht’ with its violently dragging use of repetition – but all of the elements are not yet fully-formed. The heft of the guitars is not quite there yet, with the guitar tone on ‘Kalt’ tending toward brittleness, as opposed to the monstrous tonality of ‘Geisterstadt’, but it IS recognisably the same band.

It would be easy to just roll your eyes at ‘Geisterstadt’ and think “Oh woooow, ANOTHER instrumental Post-rock album. YAAAAAWN”, but to do so would be immensely foolish. This is a powerful and demanding record, and should be at least listened to by anyone who appreciates subtlety AND total balls-out HEAVINESS. Grab yourself a handful of Scooby snacks, jump in the Mystery machine and head over to Omega Massif’s ghost town. You won’t want to leave. 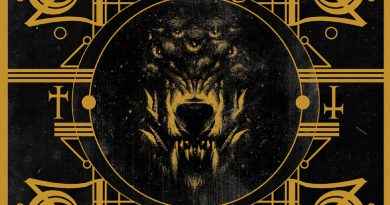