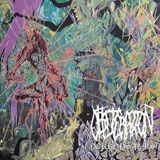 Old-school Death Metal of the highest order here from Norwegian maniacs Obliteration. This is Death Metal from back in the days before there was a clear distinction between the Florida sound and the Stockholm sound, it was ALL just DEATH FUCKING METAL. Hell, its old-school enough for Nocturno Culto of Dark Throne who signed ’em up to his Tyrant Syndicate Productions label, so that must give you SOME idea of what to expect. Think early Death, think Pestilence, think AUTOPSY.

In fact Autopsy are the main band that springs to mind whilst listening to ‘Nekropsalms’. BRUTAL opening salvo ‘Ingesting Death’ has touches of that creeped-out discordant edge that makes ‘Mental Funeral’ so damn great, teamed with a drive and vocals reminiscent of prime Martin Van Drunen-era Pestilence and some KILLER ‘Evil’ Chuck Schuldiner DM riffage. HELL, its everything you could WANT from an unashamedly old-school DM recording – sure the production is better than any of the afore-mentioned bands, and there are occasional mildly-technical flourishes, but not for the sake of FLASH, but in order to better serve up BRUTAL DEATH METAL! By and large this is a record that could have easily been made in the late eighties/early nineties – and thank the Lord Below for THAT. I seriously LOVE this album. It’s chock FULL of razor-sharp riff breakdowns, c-r-a-w-l-i-n-g doom-filled riffage, eerie discordant guitars throaty, phelgm-spattered vocals and GUTTURAL death grunts a-plenty.

Singling out individual tracks would be unfair to every other track on here, the entire recording is of a consistently fantastic quality. Personal highlights, though, include the dissonant sludge of ‘The Spawn of A Dying Kind’ – with its harmonised spidering Nile-sounding end section, the FX-driven basslines in ‘Catacombs of Horror’ and ‘The Worm That Gnaws In The Night’– the bass playing is superb and more than worthy of mention, as is the musicianship as a whole – the echoed, brutal-yet-creepy vocals at the end of ‘Styxerian Path (Into Darkness) that recollect ‘Robbing The Grave’, and…..hell…..JUST FUCKING BUY IT ALREADY!

Seriously, if you love DM, or you know someone who thinks ‘Job For A Cowboy’ are the pinnacle of DM, buy this CD and assault them with it. If they don’t prefer this, they don’t deserve to LIVE…and what a way to go…..DEATH BY METAL! 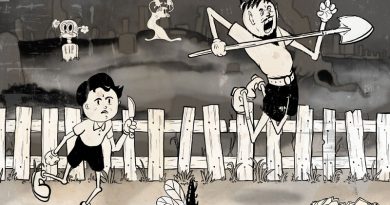 Review: Rebreather ‘The Line, Its Width, And The War Drone’