Sometimes the way we engage with a particular band or artist over time makes no sense whatsoever… I bought Mantar’s debut album on release day and played it to death; absolutely loved it. Yet I’ve not listened to anything they’ve done between then and now. Maybe I overdosed on the first album, or maybe the last few years have been so mental that children, pandemics, and a newfound love of psychedelic funk have gotten in the way? Even when they issued an album of grunge covers in 2020, it went firmly in my mental ‘I’ll listen to that later’ pile, never to be thought of again. So, when Pain Is Forever And This Is The End dropped into my inbox, I was pleased to have my listening attention forced back in the direction of the German two-piece noise mongers.

This new album was released by Metal Blade Records on 15th July, and by all accounts it has actually charted pretty well (how dare they play on the periphery of the mainstream – I am suitably disgusted and self-righteous!). It debuted at #2 on the German charts, so clearly Mantar are shifting a good amount of physical product, which is always good to hear.

The energy of this record immediately brings Cancer Bats to mind – it has that combination of spite and positivity which just makes me want to pile into a tent holding a few thousand people at a summer metal festival (I know a few of you have just recoiled in horror at the idea of crowd-surfing in an inflatable dingy, but we all need a hobby). It was this combination of factors that attracted me to their debut, so I’m very pleased that they’ve retained their bark and bite.

Egoisto starts us off in typically fist-banging fashion, and it’s essential to say at this early point that whilst Mantar are a two-piece, Pain Is Forever… certainly doesn’t fence itself in to that limitation. The band have commented on not producing an album that simply replicates their live show this time around – and the subtle but effective use of multitracking and overdubs adds real colour and heft to the sound.

Hang Em Low (So The Rats Can Get Em) then takes things up a couple of levels in terms of the quality of the song. It’s really well structured and packs so many clever song-writing techniques into its mere four-and-a-bit minutes. I do love a song with a false finish. In contrast, Grim Reaping is probably the most straightforward and least inspiring track on the album. Nowt wrong with it; it just won’t be a track that anyone would hope to hear live.

Orbital Pus has an almost nu-metal riff and vibe about it. I’m as partial to wearing Adidas trainers as the next 40-something metal fan, so this doesn’t immediately make me want to vomit on myself as some of you will – it all adds to the variety of flavours and textures this album brings, so I’m all for Mantar continuing to open up their sound.

Not only is Pain Is Forever… a great album, it also takes several strides beyond what they’ve delivered before…

Of Frost And Decay is a strange combination of black metal leanings combined with that almost punkish energy that I was talking about when I mentioned Cancer Bats at the top of this review. It doesn’t sound like it should work – when was the last time you saw someone pogoing in corpse paint? – but work it does, and in spades! Walking Corpse perhaps unsurprisingly maintains the slightly heavier and nastier edge of the previous track, and New Age Pagan takes things still further, being the heaviest track on the album.

Horder reminds me hugely of Motörhead’s Orgasmatron – the main riff and the song structure are so similar. Imitation is of course the highest compliment that one band can pay another, and if you can name me a single band that wouldn’t improve by taking an occasional page out of Lemmy’s book, then quite frankly we aren’t friends anymore.

Things slow down for the final track Odysseus, and it is a great track. The central riff together with Hanno Klanhardt’s strongest vocal performance to date make something really quite special. It is probably the most accessible track on the album, but it also happens to be my favourite.

Thinking back to my opening comments about loving Mantar’s debut but simply not exploring further; I wonder if sub-consciously I thought that the first album was as good and as developed that a two-piece sludge band could ever get? We’ve all got bands in our record collection where four or five albums sit covered in dust because you always go back to the same one time after time.

It turns out my subconscious was very, very wrong. Not only is Pain Is Forever… a great album, it also takes several strides beyond what they’ve delivered before. Definitely a record that will be seeing heavy rotation for the rest of the summer at least, and it may even pop up in a year’s best list or two as well. 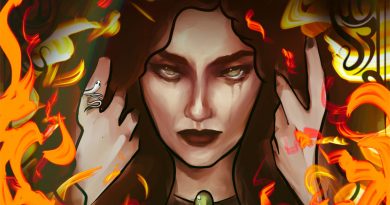