Weird. Unexpected. Fresh. Inspirational. There’s my review of Mammoth Volumes comeback album The Cursed Who Perform The Larvagod Rites. You want more you say? OK, it’s released August 19th through Blues Funeral Recordings for the impressive PostWax series. Even more you say? OK… this may take a while…

Let’s go back to the beginning, well my beginning of Mammoth Volume, which isn’t really all that long ago. Phil Gallegos of The Penitent Man introduced me to them over a year ago as well as many other ‘mammoth’ bands. I listened to Mammoth Volumes Self-Titled album cover to cover and loved it (thanks Phil), I have anticipated this release ever since, and when the promo came through I, of course, was excited.

Much like Seagull off their Self-Titled album, The Kuleshaw Effect starts off with a catchy riff that has a killer tone. The band kicks in and what I love about their previous work is heard with new intricacies that developed their sound. It’s a rocking song that’s somehow chill at the same time and we’re already off to a great start.

Diablo IV is up next, and the opening riff reminds me of Hell Broke Luce by Tom Waits. Daniel Gustafsson’s (guitars, keyboards) tone is amazing while Jörgen ‘Aston’ Andersson (vocals) takes a different approach to the vocals than Tom Waits. Aston has quite a range and a ‘70s style rock voice that soars in the mix. Kalle Berlin (bass) and Nicklas Andersson (drums, vocals) hold down a groovy beat while Gustafsson weaves his soulful lead in and out.

Medieval Torture Device is a clean tight riff that lays the foundation of the song and can be heard throughout. With a name like Medieval Torture Device, I expected a heavier song like Diablo IV but Mammoth Volume scale is back slightly and during the solo, it gets more of a Lynyrd Skynyrd vibe. Each song so far takes on its own life and varies from the previous work which constantly keeps things fresh and exciting while anticipating what could be next?

Let’s switch gears again! Want To Join Us? Come Back Later! begins with a crescendo of space sounds. A funky riff grasps your attention. Berlin has a moving bass line that is complimented by the wah infused riff. The vocals drone more at times on this song, which is a good contrast to the catchy music. Aston still belts out some powerful vocals throughout. This is the first time we really get to hear the ‘weird’ I mentioned in the beginning because as the song progresses, it switches gears creating a playful, but almost haunting soundscape that could be in One Flew Over the Cuckoo’s Nest. Weird, but I love it.

The acoustic beginning of Osteoporos is pleasant and a nice change of pace. Song order on an album is important to me (and most people I assume) and as Mammoth Volume have so much going on, the songs feel like they’ve been strategically placed to keep things flowing yet interesting. Osteoporos allows the mind to breathe and soak in what has come before, and as the song builds, it also builds the excitement of what’s in store for the listener.

The Lightwedge 60’s Race, Zombie Piccolos And The German. That may take the prize as the greatest, most interesting song title. I also think I need Zombie Piccolos in doom music (Doomsday Profit, what do you think?). The dark toned chord rings out first and sets the mood. Mammoth Volume adds a new element by layering in synth this time. This is definitely where the ‘unexpected’ comes into play. It has multiple twists throughout, but my favorite has the be the end. The bass has a unique swirling tone while a smooth guitar solo wraps up the song with a calming effect.

Mammoth Volume doesn’t stay on the ‘weird’ too long however, bringing it back to a moving rock song with A King And A Tyrant. The catchy riff grabs your attention, but the slow and steady build upholds it. The harmonizing, almost rock opera vocals, touch on the ‘70s again as Mammoth Volume are capable of just about anything at this point.

A Lullaby Of Doom is second to last and my favorite on the album. The dark guitar tone setting up the song is slower moving and not overly distorted. Just what you would expect ‘a lullaby of doom’ to sound like. It’s perfectly placed second to last because as the song intensifies, the anticipation for a power closer is almost too much!

Mammoth Volume lets out a chuckle. Like they are going to close this album normally. What fun would that be. I believe the band grabbed any instrument they could find, including the aforementioned zombie piccolo, and what came out is a creative, catchy, wild closing song that wraps up this album in no better way!

The second album released in the impeccable Blues Funeral Recordings PostWax Volume II series is a tough spot to hold after Josiah’s grand performance. Mammoth Volume hold their own with The Cursed Who Perform The Larvagod Rites and it’s quite a comeback album. Thanks Phil for the recommendation, the anticipation for it was well worth it. 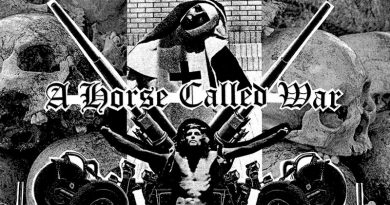 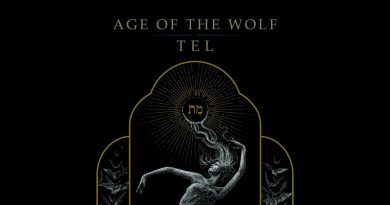 Review: Age Of The Wolf/Tel ‘Vigils’