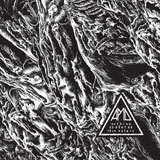 All Pigs Must Die have a history for a band that is as good as it gets and on previous encounters I have enjoyed their brand of music. So when I got the chance to review this opus, ‘Nothing Violates This Nature’, I had high hopes and wanted to like this so, so very much, but unfortunately I have found it very difficult to enjoy it at all.

Unlike their first outings, this album has sounded like a hardcore band wanting to sound more metal, and by metal, I mean more like Entombed and that there is the problem for me. When you decide that you’re going to use a similar sound, you best be able to back it up. In this case I feel it’s lacking, and it’s a great shame because on every other level this is an accomplished album.

They play everything very well and the production is right on the button. They make all the right noises and yet I cannot really define what is missing, but I will do my best to point out what I am having difficulty with.

From the opening track ‘Chaos Rises’ to the final ‘Articles Of Human Weakness’ the sound is mired and murky, each track merging into the next and unfortunately as forgettable as each and every last one. They seemed to have turned to a background noise that wasn’t unpleasant but just didn’t impact upon me.

I know that a lot of fans of this fine band will question what I’m talking about and maybe the lacking is mine alone. But something is missing, on purely a primitive base it lacks that background grunt and animal rhythms you would want and expect to hear. It doesn’t appear to deviate from what is expected. It appeared to become a cliché after bit, as I was able to guess what each track was about to do and where it was going too lead to next.

So, I guess I didn’t like it, but by no means is this a bad album, it will fulfil a lot of peoples’ idea of a brutal, and dare I say, extreme (not a word I like to put with any musical genre) sounding LP, and I would suggest you to seek out a listen before ‘I’ make your own mind up about this album.

I just didn’t get it and that’s probably a fault of my own and it still isn’t Entombed. 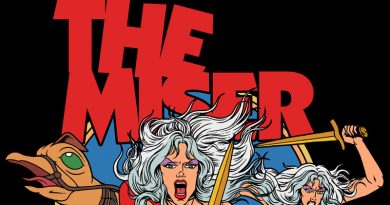