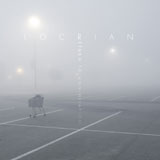 Locrian, the three-headed harbinger of the Ballardian apocalypse, return after what seems like an eternity by their usual standards of productivity, with this, their first full-length recording of all-new material for Relapse – following the half-reissue-half-rare-and-unreleased-material release of The Clearing/The Final Epoch last year – and once again, true to their ever-evolving path, change is very much evident in their sound.

Gone, to a large extent, is the dense, layered stygian darkness of old, replaced on Return To Annihilation with a more organic, decidedly open, sound and an approach seemingly influenced by the more ‘live and in the room’ feel of their Dort Ist Der Weg 7”. Synth melodies are prominent and percussion is more obviously kit-based. The only real constant link to Locrian of old is the distant, blood-chillingly harsh, shriek of Terence Hannum’s overtly Black Metal influenced vocal. Elsewhere, things are clearer, more transparent than of old. A brighter darkness indeed.

Opening with the oddly stately New-Order-possessed-by-banshees synth ‘n’ shriek of the jarringly short ‘Eternal Return’ this album seemingly wrongfoots the listener from the get-go. Moving from a throbbing Moog pulse before suddenly bursting into life with flailing drums, darkly fuzzing guitar and a hauntingly airy keyboard refrain, ‘Eternal Return’ adds in a flurry of choppy guitar, an all-too-brief harmony section and Hannum’s orc-like buried scream and is done and dusted inside three minutes. It feels strangely ephemeral as an opener, particularly for a band like Locrian. It does seem to function almost as a statement of intent, however, signposting abundantly clearly that progression is still in full effect but that said progression may well not be in the direction that those following the thus-far linear trajectory of Locrian‘s sound to date.

‘Visitation From The Wrath Of Heaven’ follows, sprawling across eight-plus minutes and only really reaching some kind of, again, extremely jarring conclusion at the very last. Built, for the most part, around a minimalist squelching synth pulse from Hannum and a pounding low key heartbeat from percussionist Steven Hess, it’s left to guitarist André Foisy to embolden and embroider this decidedly sparse base with twinkling, chiming, kaleidoscopic shards of fractured guitar and smeared lines of delayed feedback, which he does with subtle aplomb. That jarring ending rears up out of nowhere a minute and a half before the end and sounds for all the world like Locrian have been momentarily hijacked by Neurosis. Epic, lurching guitar chords, dramatic, thunderous drumming and layered choir sounds just don’t sit right as a part of Locrian‘s sound palette to these ears. It feels tacked on, like an afterthought.

Unfortunately, this unfocussed, half-finished aesthetic really takes ahold for the majority of the remainder of Return To Annihilation, with the languid, sleepy ‘Two Moons’ and the quasi-brooding, dramatic title track essentially building to nothing much. Tragically, for me, the latter part of ‘Return To Annihilation‘ itself may as well just be a by-the-numbers Post Rock act, aside from Hannum’s buried howl.

‘Exiting The Hall Of Vapor And Light’ slowly builds from a muffled hum and sparkling guitar picking to…..well, pretty much nothing, and the dark Moog chords that open ‘Panorama Of Mirrors’ also lead to disappointment, as Foisy’s guitar drones, fizzes and feeds back for a few minutes and is then joined by Hess’s drumkit and Hannum’s pained howl for an unfocussed thrash around that goes absolutely nowhere.

Thankfully Locrian manage to pull themselves back from the abyss of total redundancy in the final quarter with epically progressive closing number ‘Obsolete Elegies’. Foisy strums an acoustic guitar and Hannum lays down a bed of insectile analogue synth and dread atmosphere, rich with barely heard sounds and tastefully subdued rumbling from Hess that leads into a waspy Moog part from Hannum and some distinctly Mellotronic-sounding keys, as Foisy smears artfully applied lead guitar atop, building layer by layer into an elegiac reverie of sombre, mournful character. Nine minutes into its fifteen minute running time, ghostly piano hovers over a quietly rendered black hole of drones and far-off rumble, fading to nothing until the peace is shattered by metronomic Black Metal drumming and a Jan Hammer-esque keyboard flurry, quickly joined by mournful violin and delicately applied harmonised guitar from Foisy. It’s actually a truly beautiful ending, despite Hannum yelling blue murder somewhere in the haze and actually serves to both redeem the album, to a large extent, and also to madden me for giving a taste of what could have been.

Locrian‘s entire body of work has been very clearly a journey, a coming into form and coalescing of musical form. I would like very much to hope that Return To Annihilation is a momentary deviation from their path, a blip in that journey to true greatness, as past form and work done elsewhere in parallel has more than proven that Locrian can do significantly better than this. 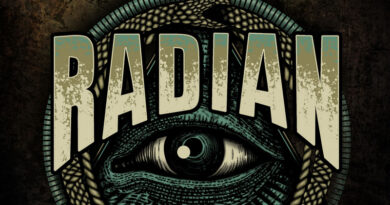