I love the image of a Kitchen Witch. I promise I’ll try not to overuse the metaphor, but kitchens, food, and cookery are a central part of pretty much every expression of religion and spirituality across the world and throughout time. This includes, of course, one of the most beloved of stoner-doom genre tropes, the witch.

This particular quartet of South Australian witches consists of Georgie Cosson – Vocals, Conor Kinsella – Guitars, Simon Elliott – Bass, and John Russo – Drums. They’ve been delivering their hoodoo blues brews since 2013, and Earth And Ether is full-length number two. I caught a show in Melbourne last year, and was mighty impressed with the Janis vibes on display. The band’s bio agrees with me, name-checking John Lee Hooker, Kyuss and Janis Joplin.

They’re happy to prove that’s not mere hyperbole – the Kyuss flavour comes out in the first second of the first song. The introduction to Lost could very well be an outtake version of the intro to El Rodeo, with its delicate picking and creamy fuzz tone. The difference here is that, instead of breaking off into that grumbling gallop, Kitchen Witch stick resolutely to the swinging blues boogie, till a dramatic right-turn at the four-minute mark. All the while, Georgie Cosson wails and howls, but the Janis comparison is more about energy – personally I think she sounds more like Ann Wilson.

Moving on from that strong opener, the rest of the album covers a lot of ground, so a quick track run-down might be in order. Cave Of Mischief brings a fiery Clutch-esque blues energy, and combines it with an accessible sing-along chorus that would make Valley Of The Sun or Greenleaf proud. Moving from fist-pumping to sultry, the band brings us Sunrise. Here the raunchy slow-burn Janis energy is at its peak, with a bonus bridge chock-full of up-tempo fuzz-rock goodness.

the raunchy slow-burn Janis energy is at its peak, with a bonus bridge chock-full of up-tempo fuzz-rock goodness…

Chase The Sun is built on a taut and muscular shuffle. It’s got fat riffs, mellow interludes, and a sweet wah-driven guitar lead. The Frontal Lobe is the most imposing and dense track on the album, with its scuzzed-up bass, palm-muted chunkiness, and lower register vocals.

We’re back to a slower tempo with the title track Earth And Ether, and now the riff isn’t so much fat as morbidly obese. The slow descending chorus riff alternates with a shuffling, churning proto-metal verse that reminds me of Danish rockers Demon Head. And so we come to album closer, Many Moons. It begins in restrained fashion, with a didgeridoo and spacey sounds before erupting into thumping stoner rock, with more Kyuss fuzz licks and dirty bass.

And thus concludes my whirlwind tour, ladies and gentlemen: seven meaty tracks of heavy blues to feed your soul. There’s no shortage of ideas on Earth And Ether, but it’s never unfocussed. It’s an album built on strong song writing, powerhouse vocals, and plenty of blues. As a bonus, vinyl lovers might enjoy the scenes of apocalyptic Australiana on the album cover. Digital music lovers, on the other hand, might like to keep this album in mind for your next road trip. 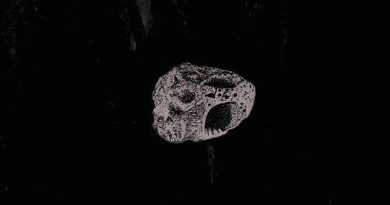 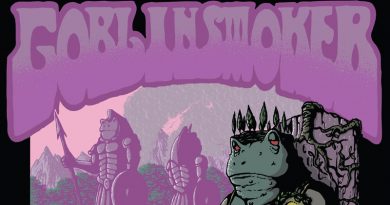