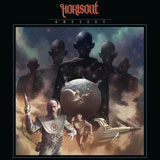 Since the release of their explosive debut Två Sidor Av Horisonten, Sweden’s Horisont have been a special band. Their unique take on hard rock has so much emotional depth and clever musicianship that it gives the same type of euphoric feeling as putting Steppenwolf on the turntable for the first time.

Now on album number four, these superlative Swedes have built on their already hard rockin’ template with a double LP packed full of all the things largely missed in modern rock.

The title track opener is Horisont‘s most bold statement to date with ten minutes of astral themed enigmatic rock that has an undeniable level of strut typical of the band’s recent output. Bands like Deep Purple instantly spring to mind on this song, but far from being a tribute group, Horisont have created something that is both enjoyable on an instantly hip swinging level and something that has the ability to reveal fresh highlights with each listen.

This experimental nature continues throughout the album from sci-fi sounding vocal effects on songs such as Red Light to the much more prominent use of keyboards. The use of keyboards in particular aid Horisont‘s sound further and make Odyssey a bigger, more complex outing than their previous works.

Of course, this isn’t a complete departure to their ‘normal’ sound and fans craving songs with a more instant impact will find companionship with the no frills Break The Limit. This song is also a great example of how well new guitarist Tom Sutton has placed his style alongside the guitar wizardry of Charles Van Loo, containing a guitar duel both memorable and exemplifying their skills as musicians.

Beyond the aforementioned guitar mastery, each member of Horisont puts in an absolute shift on their fourth album, which continues the fascination as to how Sweden has managed to put out so many great bands over the past ten to fifteen years. The songs in their native tongue are also perhaps the best example of how well they work as a unit, flaunting the otherworldly vocals of Axel Söderberg and the constant reliability of their rhythm section.

Complementing their sci-fi heavy album nicely is some spaced out artwork that would also look at home as the cover to an old B movie or comic cover. This artwork is also another example of how adventurous the band have been this time round, producing an end result that will likely prove a pleasant surprise to their fanbase.

Odyssey sees Horisont‘s most complete and mature album to date with an, at times, overwhelming amount of denim and leather attitude packed into its twelve songs. Defying expectations and breaking limits, it’s hard to imagine any other album being record of the year for hard rock fans. 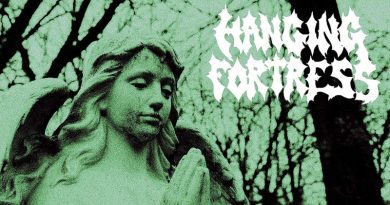