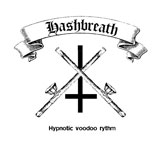 OK, so there’s two ways this could go. It is either going to be some serious stoner doom riffs, hails to the mighty weed and all of the mind expanding qualities that it may bring, or it is going to be a record of ambient, tribal hippy world music. Hashbreath are Swedish and have shared the stage with the likes of Salem’s Pot and Pyramido so we can get a feeling of where they’re coming from.

Unsurprisingly, it is the former. Opening with slow, fat fuzzy riffs and the kind of groove you could build a house on it’s that solid, The Big Chill is dragging, primeval stoner doom. It marries the intense, sludgy nihilism of EyeHateGod with some rocking riffs ala High on Fire. We also get a couple of Sabbath tritones to really ramp up the doom!

Hashbreath the song starts with a much more laid back groove about it, even if the vocals are still totally intense. There’s a cool, swaggering blues about it, bringing to mind the downtrodden groove of Weedeater or Sleep. For four young guys from Sweden, Hashbreath really know how to write a righteous Southern groove. Their next challenge is to ensure that they don’t get lost amongst all the other bands doing this kind of sludge/stoner/doom at the moment.

The songs are good but could do with a bit of polish and something to make them stand out from the crowd. Goosebuds has an ace riff at the start but then starts to plod a bit until the superb, rumbling riff near the end. There is absolutely nothing wrong with the music, or the riffs, they just seem to be a bit of everything we’ve heard a million times before. Maybe that’s the point. Stoner doom is never been particularly known for rewriting the rule book as genres go, it has always been about the huge riffs. Those, Hashbreath have in spades.

Hashbreath have the groove, they have the blues and the whisky soaked attitude to succeed. They are good at what they do, it just seems to be what they do has been done to death at the moment. It would be a shame if Hashbreath got lost in the crowd; with tracks like mammoth closer Black Voodoo Drug Lord they do have potential. Hopefully on their next showing they can add something a bit extra into the music to capture more people’s attention. A good start, but we’re looking for a lot more these days. 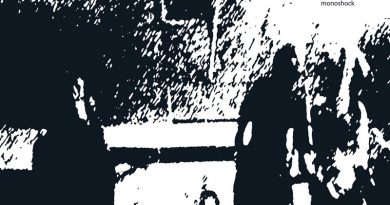