Grandiose and overblown is exactly how symphonic black metal should be. Golden Ashes, the side project of the ridiculously prolific Dutch multi-instrumentalist Maurice ‘Mories’ de Jong, best known for nearing 70 releases with his main project Gnaw Their Tongues, release their third album a year after the well received In The Lugubrious Silence Of Eternal Night.

Thematically once more tackling Christian myths and texts concerning the end of the world, Golden Ashes bring forth eight more intense tracks of malevolence that challenge doctrines with savage, cold, fetid blasts on their latest album, A Lightless Christ Shuns The Crown Of Divinity.

Almost as expected the title track ushers in the exactly what you are hoping for; brutal blast beats, humming riffs and augmented by synths and sweeping orchestral arrangements that make the sound a cosmic whirlwind of ferocity with lashings of elegance that is often used by bands like Theatre des Vampires.

Underneath it all there is a semi-industrial feel in the furious churn making it darker, nastier and is an obviously reference point to Mories work with his other projects, like the aforementioned Gnaw Their Tongues. However, when the multi tonal vocals, the classic styles of high sheiks and low growl combinations enter, they’re almost inaudible in the mix and over powered by the rest of the track, robbing it of the high impact it could have made.

The lavish blending of synth continues with The Spectral Catatonia Of Unbearable Despondency, carrying on the deliciously overblown nature of A Lightless Christ… isolating each effect shows how adept Golden Ashes are at making a heady melting pot of the colliding elects. Blastbeats hammer relentlessly as the sweeping orchestral sounds rise and fall, pulling the dramatic direction of the album. This atmosphere is the core of the eight tracks that make up this latest offering, the level of intensity rarely drops, the lull provided by the intensity of the sounds amplifies the relentless riffing and leg melting double bass patterns.

Our Skins Hanging At The Gates Of Ctesiphon (the ancient capital of Iran that fell to ruin by the end of the 8th century) almost looks set to break this pattern, but seeks to increase the heady atmosphere by dropping elements of the instruments in and out of the smorgasbord to create space to breath, but never seemingly drops the tension.

Black metal has taken huge strides towards the mainstream in the last few decades as the likes of Cradle of Filth, Satyricon, Dimmu Borgir, and even the controversial Deafheaven, all have brought the once murky sounds to the wider consciousness and when hearing Golden Ashes I can’t help but compare the project to the lake of Puritanical Misanthropic Euphoria or Nyphetamine, rightly or wrongly, as examples of the genre that figuratively explode out of the speakers and gloriously expose you to every aspect of the sounds they’re bringing together.

Historically the genre though has always revelled gleefully in lo-fi production from the very start as a way of distancing itself from the mainstream, which makes cases like the above examples seem almost to go against the grain. Even pop singer Amialie Bruun ditched the silk sound of her day job when releasing her one woman black metal project Myrkur to critical acclaim, and my problem for the most part with A Lightless Christ… is exactly that.

The production, for me, makes this an uphill battle from the opening until the final rush of The Twilight Pilgrims. Never mind that the track itself feels a little hokey, like a mad carnival, but the vocals almost totally disappear. The synth elements are so overwhelming and in your face that at times there feels like little else.

There are moments when everything shines through, like on Bewildered We Watched The Christ Ascend, where you can follow most of what is going on with clarity, but the overall feel of the album is that it’s an intense effort to try and hear everything that is going on. This feels deliberate, the production work on Gnaw Their Tongues is much clearer and defined, so Moires is asking you here to stop and focus, not just have Golden Ashes as a background soundtrack to whatever you’re doing at the time, which whilst condemnable, does leave an unsatisfying feeling.

I don’t want to trash the album here, I like the whole concept, the way it’s been put together and the sheer complexity of the walls of sound thrown at the listener. It’s not in dispute that Mories is a talented musician and composer and I really wanted to like A Lightless Christ… – I think there’s a lot to like, but I feel that the devotion to the aesthetic has robbed the album of its impact. 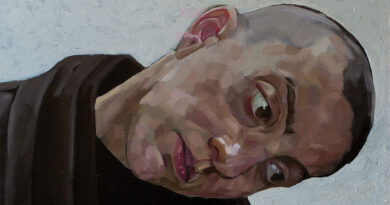 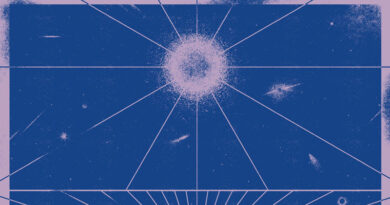