Dutch blackened doom outfit Ggu:ll are a deliciously gruesome prospect. Having formed in 2009, they have brought their themes of horror, disaster and the balance of life and death to the masses in the form of an EP, Waan: Hoon, back in 2014 and their well-received debut album Dwaling in 2016.

The Tilburg residents have managed to capture a distinctive Nordic doom feeling, twisted it with the ice-cold blasts of black metal, incorporated influences from noise and drone rock and coupled it with a bleak outlook on the world that, in their own words, attempts to stare into the ‘empty sockets of suffering‘ and ‘the vessel of the lost’. Ggu:ll have built on this to garner a reputation for solid live shows that have seen them grace the stage at Roadburn and Neurotic Deathfest, as well as rubbing shoulders with the likes of Primitive Man, Bongripper and Inter Arma.

Back with their second full length, the unchanged four piece of DvB (bass), BW (drums), GJK (guitars) and WvdV (guitar and vocals) look to turn up the volume on their mission statement by bringing the listener seven tracks of despair. It’s also thematically considered, from the title, Ex Est (the state after being), the search for the meaning of existence, and even down to the cover art from Manuel Tinnemans depicting a desolate landscape, drawing parallels from MC Escher through Lord of the Rings to Hellraiser and beyond.

Opening with the reverberating sounds of Raupe, the grinding notes swell with the ominous layers of noise; swirling and building as they whine with feedback, the nearly three-minute intro to Ex Est is glacially slow. As you would expect from a band who seek to carve out a name in the long form and their atmosphere driven art of songwriting, the track continues introducing urgent, nagging undertones that increase the feeling of attrition.

Falter crashes in with the imperial like march of traditional doom metal. Stabbing guitar notes smash up against the robust drumming to ring with dread. Typically, blackened vocals courtesy of WvdV crawl from the speakers, like the demon of hell has popped up to give comment on the state of the world. As it progresses, the black metal elements seep into the music and monstrous double bass thunders over the grim riffing, the droning progression lurching and churning as the climax reaches its zenith, tortured and impassioned.

Barely pausing, Enkel Achterland adds light, almost psychedelic, touches to the necrotic howl. Delicate guitar flavours add melodic relief to the slouching, powerful rhythms. The music rises and falls in waves, pulling back to allow moments of respite and introspection before once again returning like the herald of the apocalypse. The vocals twist from echoing bellows infused with power, to strangled chokes of futility that end abruptly with a stark shock.

After this intensity, Ggu:ll offer the listener some sonic relief in the opening to Samt-al-ras. Here the dense atmosphere is softened by the rich lingering prog like doom. The vocals, no less guttural, are mournful instead of disconsolate, conveying the yearning and searching for the meaning of existence.

For those who like their doom to drone, and bite with a blackened edge…

One thing that Ggu:ll capture well on Ex Est is the ability to challenge genuine feelings of emotions, despite the almost incomprehensible lyrical style. In fact, despite the downbeat and moody timber of the music, the slow plodding and visceral explosions of power, there is a palpable sense of grief and torment that dogs this album as the band explore the fragility and futility of life’s continuation.

As Samt-al-ras rages then slows almost to a standstill, it fades back to prog, acting as a bridge for the luscious Stuip which restrains its brutality, straining against the savage vocals and the pummelling drums. Epic and breathing taking in scope, the band channel a hopeless sorrow, backdropped by glimpses of beauty like a tantalising ray of sun in the distance as you’re being soaked by a lacerated sky.

This feeling continues with the stately pomp of Hoisting Ruined Sails, a fitting and awesome title if ever there was one. This almost Pallbearer like opening is quickly dragged under dark water by the snarling vocals as the band turn the musical screws and introduce their nasty side once more, becoming bleak and nightmarish, wrenching you back from any uplifting sense of peace.

The final echoing strains of Voertuig der Verlorenen is almost two halves (well one third and two thirds). The thunderous opening feels like a set for more relentless twisted misanthropic meandering, but crumbles into a muted, disjointed echo, complete with trademark gargled threats and pleas.

As a follow-up to their debut, Ex Est is a powerful and worthy successor. The band communicate something beyond the pure downtrodden dejection of the genre, whilst never compromising on the ability to deliver powerful and crushing music.

There is a real sense of humanity that follows through Ggu:ll’s work that can, at times, be hard to pinpoint; the subject of the vagueness of existence and the need for definition is not new, and for the uninitiated, having some intangible thoughts welded to serious heavyweight doom is going to mean some of the nuances they portray may get lost in translation.

For those who like their doom to drone, and bite with a blackened edge, then this an album you should love from a band you need to give attention to. The quartet’s output may match the pace of their music, but with each release, they are creeping incrementally closer to Babylon. 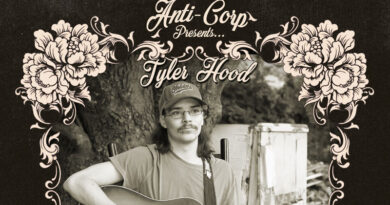