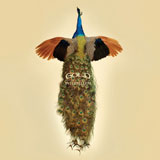 Despite being different from the usual Shaman fare, the latest acquisition for Germany’s Ván Records, female fronted, Netherlands based, pop rockers Gold are a breath of fresh air and not just because they require more than consulting a thesaurus for words to describe heavy crushing doom music.

’Interbellum’ is 9 tracks of great contemporary rock music that runs the gamut from acoustic, to folk, from pop to hard rock that, is laced together by a loose concept of the decline of civilisation and the end of days. Set for release on the day the Mayan calendar reaches its conclusion, this is an assured debut that showcases great song writing ability and is jammed full of catchy tunes with driving riffs, melodic vocals and lyrics that offer anger, despair and most importantly, hope.

The brainchild of ex The Devil’s Blood guitarist Thomas Sciarone, Gold’s not so secret weapon is the dulcet tones of Milena Eva, whose unique vocal style acts as the fulcrum for the musicians to flex their talents around. No matter whether Milena is raging at the divine like on opener ‘One Of Us’, or extolling the virtues of her love on ‘Love, The Magician’ or the mournful, but tender moments of the album’s closing epic ‘Ruby’. Her vocal harmonies play a huge part in making this album sound both so interesting and so good.

With such a dexterous front woman it is no surprise that the band have been able to create such a varied and dynamic backdrop. Sonically the scope of ‘Interbellum’ is breathtaking and incredibly modern and fresh. Longtime friends, drummer Igor Wouters and bassist Harm Haverman demonstrate that they have great chemistry, allowing them to build a foundation that is adventurous and demanding without ever distracting from the fact that the core of these songs is to be memorable and accessible.

Mainman Thomas and other guitarist Nick Polak trade melodies and hook laden riffs, from the harder rock edged moments to the more progressive and acoustic passages. The 9 tracks are a blur of catchy moments on first listen such is the quality on this album. Repeated listens draw out highlights such as the stop/start ‘Medicine Man’ with it’s off kilter harmonies and pleading lyrics or the classic rock feel of ‘North’; from start to finish this album is jam packed with great ideas and executed by some very talented people.

As I said at the start, ‘Intebellum’ isn’t really the usual Shaman fodder, if you are after dark, tortured doom howls then Gold’s shiny pop rock is simply not going to be your drop of blood red wine, however if you want an album loaded with hooks, luscious melodies and great playing that is like a party on of the eve of destruction, then this warm sounding record might just be the thing you are looking for as the darkness draws in for the winter.

Gold should be hitting the road by the end of the year too, bringing their unique take on modern rock music to live audiences, if they sound half as good in the flesh as they do on record they should be huge. 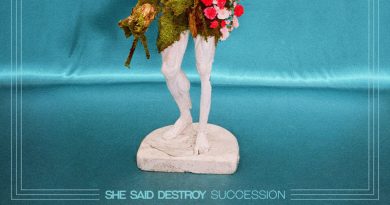