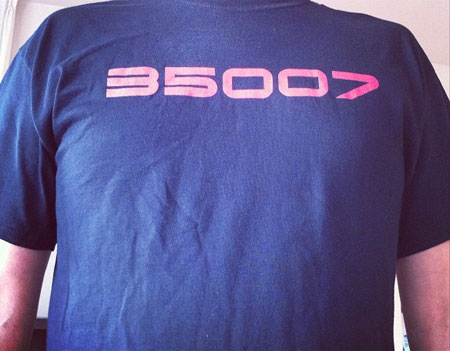 Burning World/Roadburn Records recently announce that the releases they planned for the end of November 2012: 35007′s Phase V vinyl and Vattnet Viskar’s S/T CD and vinyl will be delayed till the end of January.

Jurgen, head honcho over at Roadburn Records commented on the delay…
“The reason is the Christmas rush at the plant where they press up the vinyl. Normally they have a turnaround time of 4 weeks, now it’s almost 10! We got notified of that as late as last week so we decided to post pone the release date till the end of January 2013.

There is however good news for the customers who pre-ordered the Phase V vinyl. We will get these in by the second week of December and will ship them right away. Including the T-shirt which was in in time (see the photo for the design).

Because we feel bad about the delay we will pack the 35007 vinyl with an extra CD of drummer Sander Evers’ new band Monomyth, which debut album will be out on Burning World records in the spring of 2013.” 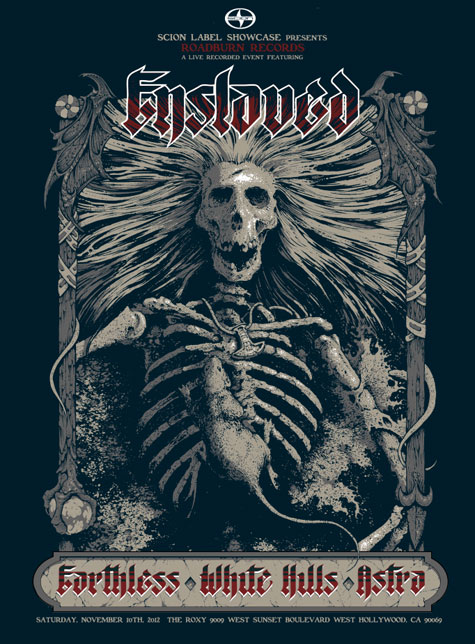 In other news, Arik Roper – who did the Sleep Dopesmoker re-issue artwork among others – designed a poster especially for the Roadburn Records Showcase at The Roxy in LA on the 10th November 2012 with Enslaved, Earthless, White Hills & Astra, and Burning World were able to get a limited amount from the US to sell over in Europe.

The poster is a 4 colour print done by Monolith Press in Alameda, it’s limited to 100 hand numbered copies, is 50×70 cm and is available from the Burning World webstore HERE.

AXXONN: New Album ‘Beyond Light’ To Hit The Streets On The 19th Oct; Teaser Video Available To Stream