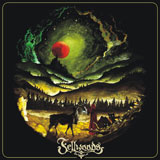 In music as with cinema, there has been a resurgence over the last few years, of art that gets labeled as “retro”. Al Mabon of At War With False Noise even went so far as to label this superb release as “retro rock”, but to take such categorization seriously would be to miss the point completely. You see, I believe most art that is self-consciously retro falls flat on its arse. The reason is that the artists in question are merely ape-ing that which came before them, and thus the album/film falls into irrelevance quicker than the latest PR-exercise being pimped out courtesy of your television and radio. Which doesn’t mean these “retro rock” bands don’t enjoy considerable success (quite the contrary really!), I just get very bored of them very quickly (whilst, it must be said, not really finding them in any way disagreeable).

The fact of the matter is that the bands that stick out are the ones who hark back to the Seventies merely in the sense that they use the simplest formula in the book: write good songs. Cinema and music are two art forms that (for me) were perfected in the Seventies, and the crest continued until the late 80s, when the flow of jaw-droppingly good releases became more of a trickle as art and popular culture became more and more the weapon of virulent consumerism that we now know.

Production and the art of the riff was perfected many years ago, and it could be considered a mere coincidence that this wonderful album sounds as if it could have been recorded back then. The influence of Sir Lord Baltimore looms heavily over this record, but not for an instant does it feel forced, as this very talented bunch of people (formerly known as “The Moss”) have welded their talents into a beast very recognizably their own.

And the record starts off with a bang, no build up or samples, just a unified clash of noise and blues that grabs your neck and gets you nodding your head quick as can be – interestingly enough, Orchid’s fabulous “Capricorn” used a similarly no-holds-barred, stripped down approach to starting their record. As the opening track (“Mercenary”) rolls on, the grin on my face simply broadened, as shades of early Priest begin to show through the soaring vocals! Fucking RIGHT ON!

And as the album progresses, you’re treated to more of the same, through the ultra catchy “Widow Trakk” (“…everywhere I go/The widows follow…”) that carries on where MC5 left off, killer drum breaks and gorgeous solos abound! There is the obligatory mellow lull in the proceedings for “It Would Come To Pass”, with its mellotron and vibraphone keeping a dark, otherworldy atmosphere before you’re grabbed by the bollocks and thrust into “Crown”, a track that Deep Purple would have been proud to have penned. But the interesting thing is (and this is what makes this band so much more than another bunch of hippies living in the past) that there is just a tad of dissonance to the chords on occasion (a characteristic that colours the whole album) and although I’m probably way off the mark with this, it’s almost as if they were trying to channel the spirit of Voivod through 70s proto punk! As if to reaffirm this, the listener’s ears are subjected to ambient weirdness in the form of “Horsemeat”!

“La Cantina” is a highlight of an album that really doesn’t have a single dud track on it, and has the killer, danceable beat and big riffs that just about every band on Man’s Ruin had, but does it with more panache and originality than any of them ever could – familiar sounds but given a total makeover, and I don’t just mean good production! Much the same could be said of “Wulfram”, a track which contains all the testosterone and virtuosity of the first four Zeppelin albums and none of the pretension! Another example could be “Fell Hand”, which sounds like a lost Leaf Hound track, mercifully stripped of the naff lyrics…
I’ll close this review by saying you NEED TO HEAR THIS! “Wulfram” really is an astonishing début (what the hell did these folks do before??!!), from the fist-pumping energy of the opening track to the delicate closer (incidentally, a reprise of an earlier interlude – great touch, and a classy nod to the prog-rock the band seem to love!). There is no irony, pretence or snobbery about this album, only magnificent playing and fantastic songwriting, influences worn proudly on the band’s collective sleeve, and an unmistakably modern sound.

Suitably gorgeous psychedelic artwork adorns the CD, but check out the paintings for their upcoming split with Ice Dragon and Gyromancer EP, totally jaw-dropping stuff! But don’t just take my word for it, you can hear the whole thing on Bandcamp (I got some very odd looks from my co-workers for singing along to “La Cantina”…), at which point you will of course buy a CD (out in the next few days from At War With False Noise) or an LP (coming in the near future courtesy of Bear Trail records). Mark my words, this band will be a common feature in best-of lists come the end of the year, not to mention prominent festivals in Europe! You heard it here first! 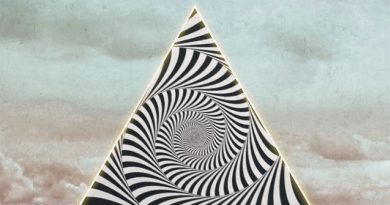 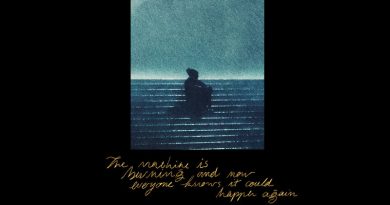 Review: BRUIT ≤ ‘The machine is burning and now everyone knows it could happen again’