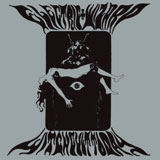 When a band as formidable within the stoner doom circuit as Electric Wizard release a new album, people familiar with their work take note. Electric Wizard are among the very best in the genre, and stand out as fan favourites with contemporaries such as Sleep. Witchcult Today is their latest offering, and it doesn’t fail to impress. Not that I’m surprised by such a fact… they’ve yet to disappoint me.

The clash of distortion heavy riffs and psychedelic overtones are still very much apparent. Catchy tunes even manage to drag themselves out of the amplifier’s aural crust, which is something that Electric Wizard have founded themselves on this last decade; still being as heavy as any other doom band out there, but retaining a certain melody within their songs that keep the foot tapping and head bouncing in rhythm to the music. This release is no different in that respect from other releases.

There is, however, a distinct decrease in the wall of noise that ricocheted off the listener’s ears on previous albums. This leaves the album itself feeling like a departure from what we know and loved, but leads us to a whole new experience.

This is much more like your generic stoner sound. Not in a bad sense by any means, but just in the fact that it’s near indistinguishable as anything but a stoner doom album (for those of you that have the ear to differentiate). This leaves the album being a hell of a lot more accessible than anything they’ve done before, but die-hard fans might be disappointed with how much more accessible it is. That wall of noise previously mentioned has been broken down and replaced with a much more listener-friendly one; it almost sounds like a different band. Gone are the deep growls and screams that were scattered throughout their magnus opus ‘Dopethrone’, and instead we’re treated to a doped-up vocal style that you’ve no doubt heard in countless other bands in the genre.

It does match the new toned down music very well, though, and brings a whole new different feel to the album compared to earlier material. If you’re a fan of the standard stoner doom sound –albeit, far more innovative than your run-of-the-mill band in the genre – or you found Electric Wizard’s other material hard to listen to, then you’ll no doubt find a lot of entertainment in this album. As for fans of the band, I think you’ll enjoy this if you look past the change in style.