Some thoughts ran through my mind as I sat down to review Unrelenting Malevolence, the third full-length from Canadian death thrashers Detherous: one, I’m a sucker for old-school thrash. As a teenager in the ‘80s, I was able to witness the emergence of all the genre’s heavy hitters, and I was on board for the unfolding of crossover thrash, which in some ways helped guide me towards the path of punk and hardcore.

I still listen to thrash to this day and felt like a proud old man when bands like Power Trip (RIP Riley Gale) and Toxic Holocaust emerged a while back to carry the proverbial torch. And while, admittedly, back then my tastes had begun to lean into the aforementioned punk and hardcore, I eventually circled back around and got into death metal, certainly all the classics; Death and Entombed being two of my all-timers, as well as contemporary bands like Necrot.

Another thought was just how amazing, on so many levels, the name Detherous is. I mean for real? How is it the end of 2022 and this is the first time I’m hearing about a band with this amazing/slightly humorous name? Well, when seeing the word’s Detherous and ‘thrash’ in the same sentence in the promo pool, I knew I had to check it out. One thing is for certain, there’s nothing humorous about Detherous’ sound, as this is pure, unrelenting, old-school thrash and death metal served up with precision, technicality, and the malevolence, mentioned in the album title.

Right off the bat, your face is blasted by the pummeling of old-school opener Interminable Mutilation. Sounding like a portal torn open between Kreator and Death, it’s a rippin’ affair complete with menacing riffs, blast beats, mid-song-chug, and technical shreddery from lead guitarist Ryan Hunter. One song in and I’m completely on board. Detherous do not take their foot off the gas as Suspended In Agony keeps the Kreator-vibes going, especially heard in my ears as guitarist/vocalist Damon MacDonald’s voice and delivery conjure up comparisons to a cross of Chuck Schuldiner and Mille Petrozza, to say nothing of MacDonald and Hunter’sriffs.

Other skull-crushers of note is the unhinged mania of Encased In Gore as you can practically feel drummer Dimitri LaRose’s pummeling through your speakers before Hunter lets fly with some well-timed, technical shred. Wretched Formations Of Flesh meanwhile offers some delicious mid-tempo chugging and death metal fretboard histrionics. Chris Monroy of Skeletal Remains serves up some guest vocals on the death metal-hysteria of Reek Of The Decayed, which also boasts some more excellent technical lead guitar work from Hunter.

The aptly titled Erosion Of Reality once again balances thrash aggression, death metal technicality, and vicious mid-tempo chug to lethal effect. Cataclysmic Devastation serves as the end-of-the-album face-melter as once more it feels as though LaRose is attempting to cause the listener pain with his precise thrash fills and death metal blast beats, while MacDonald and Hunters relentless riffery run parallel, building toward the mid-tempo, chugging outro.

Detherous also show they know their history as Unrelenting Malevolence closes with a cover of relatively obscure New York thrash band Demolition Hammer and the track Skull Fracturing Nightmare off ’92s Epidemic Of Violence. This is a cool cover, not just for the obscurity factor, but Detherous share sonic qualities with Demolition Hammer, as they too, seemed to have spent a lot of time with Kreator’s discography.

Unrelenting Malevolence is a clinic in melding old-school thrash with early technical death metal. However, as can be the case with thrash, perhaps the self-editing isn’t always present, there are a lot of movements and riffs in every song with most stretching over the four-minute-plus mark, but again, this can be expected with thrash. As well, all four musicians attack their respective instruments with technicality, precision and menace, as both MacDonald and Hunter are lethal on guitar and bassist Scott Cressman, whose presence is felt throughout and LaRose whose mania is all over this record, completely nail the rhythm section.

Unrelenting Malevolence sounds killer too, recorded at Black Page Studios, with mixing and mastering by Devin Schum, the sounds captured are tonally perfect for this type of music. If you’re a fan of, or itching for some old-school thrash mixed with death metal, you could do a lot worse than Unrelenting Malevolence. One of the better metal albums heard this year. 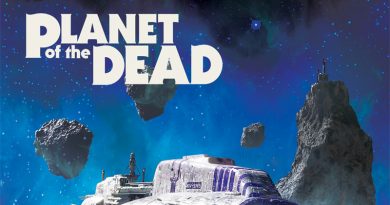 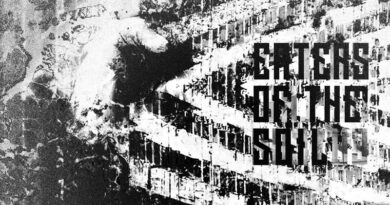