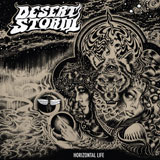 Oxford’s stoner groove merchants Desert Storm have had a pretty good few years. In the time since their second album Forked Tongues was released, they’ve played with stoner titans Weedeater and Orange Goblin, toured with Karma To Burn and Honky, and rocked a packed-out room at the inaugural DesertFest, all in between gigging regularly despite band members being spread around the UK. You may think this is all tedious information but it all informs the band’s third album Horizontal Life, released on Blindsight Records. The band sound tighter than they ever have on record before and this can most certainly be attributed to the road-hardened skills of each of the players. The songs have been worked out and improved in front of audiences all over the UK. And as for the album title, well – you’d probably be living a horizontal life if you partied with the likes of Orange Goblin and Karma To Burn…

The first half of Horizontal Life is entirely dedicated to what Desert Storm have become so well-known for: inexhaustible stoner riffing, delivered with a Southern outlaw attitude. Many of the tracks here have become such a staple of the band’s live set that it’s almost surreal hearing them in their recorded forms – they feel instantly familiar, like old classics. Strident opener “Word to the Wiseman” is a case in point; the words, the groove and the almighty riffs will soon be embedded in your cerebral cortex (if they’re not already). Likewise, marijuana anthem “No Slave to Master” is another one to watch out for, with a bad-arse, Rage Against the Machine-like guitar rhythm seemingly custom-designed to break necks. The song even has a fucking bong solo for Christ’s sake. And while one or two of the songs here are actually re-recordings of tracks from the band’s limited edition debut album, they’re given a complete facelift in terms of delivery, performance, recording quality and production – again proving the virtues of road-testing and refining songs. Anyone who has seen the band in the last two or three years will have heard and got-down to the  mini-epics “Shadow of an Eagle” and “Astral Planes.”

However, Desert Storm have also grown and mastered new styles that they’d previously only hinted at on Forked Tongues. Firstly there’s the ferocious “Enslaved in the Icy Tundra” in which the band sound more bludgeoning than ever before – the rhythmic onslaught caved further into your head by singer Matt’s heavy whisky-burned growl. The same could be said for “Shenzhen” which may be the heaviest thing the band has ever recorded. But it is the central ten minute “Titan” that most impresses and demonstrates the full breadth of the band’s abilities. Initially crashing in with a familiar Southern goove, the band then take an unexpected minor turn by seguing into a paranoid and psychedelic verse, before finally giving way for an extended atmospheric jam of minimalistic organ, airy synths and distant bluesy guitar licks. It’s a startling and evocative mid-point to the album that signals the way for further experimentation on “Gaia” which continues and improves upon Forked Tongues‘ acoustic raga “Connected” (which now feels like a failed experiment in comparison). Indeed, “Gaia” is a lush hymn, combining layers of crystal clear acoustic guitar arpeggios, tabla drums, and ebows to truly beautiful effect. It might not be to everybody else’s tastes, but if nothing else it’ll shut up the detractors who suggest that Desert Storm are a one-trick pony. And they close the album with two more stormers in the form of “Hofmann” and “Scorpio” anyway, so everyone’ll be happy.

It’s fair to say that Horizontal Life is a step forward for the band in pretty much every sense. The musicianship and production is tight and packs a massive punch and as a result the album feels more cohesive, more assured and yet more experimental than anything they’ve done before. And really, what more can you ask from a band than that they continue to grow and refine what makes them great? The future looks bright for these guys, and with this album behind them and yet more tours with the likes of Karma To Burn on the horizon, the enterprising Desert Storm may soon be trading a Horizontal Life for a vertical climb. 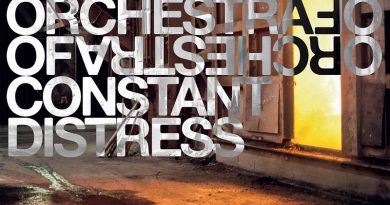 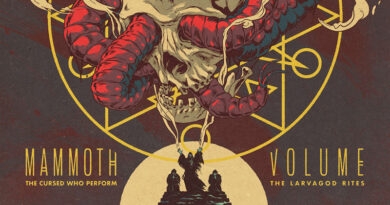 Review: Mammoth Volume ‘The Cursed Who Perform The Larvagod Rites’