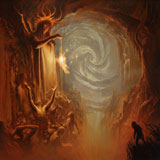 Stoner rock has always been about the heavy. Often times, the heavy can forget where it came from and, whether you like it or not, the heavy begins in the blues. Anyone who’s watched Skip James sit with an acoustic guitar and his haunting voice know how “heavy” that alone can be. Now, in recent popular history, the blues has taken a bit of a bad rap, consisting mostly of a bunch of white dudes with Stratocasters, jerking off “hot lixxx” until they spooge all over the audience. And most times, that audience, is usually 40-something, also white-dudes, who will take that facial with a smile. I hate it. I loathe it. But…

…I fucking love Hendrix. And fuzz boxes. And that’s where, thankfully for me, Child take their tonal cues. Drenched in fuzz and brimming with long, meandering pentatonic solos, Child‘s debut platter is a blues guitar tribute of sorts. Hell, the first lyric is “Everyday I have the blues,” the same as the title of one of BB King’s best known tunes. But that doesn’t mean we’re out of the rock n roll woods yet. Not even close.

The record starts off with a tune called ‘Trees’. A decent opening riff. The usual welcome fare: heavy, fuzzed-out, and slow. Then the tune detours into a few minutes of quiet wanking before getting heavy again a few minutes later. That’s really the long and short of it, unfortunately. I begin to worry.

‘Stone By Stone’ comes in with some tremolo guitar and slinks its way into a “you’ve heard it before” style chorus. Guitar lines doubling the vocal lines are a nifty touch, but it’s at this point, I realize there’s still four and a half minutes left and I begin to wonder how in the hell they’re going to fill the space. Solos. The whole time. The problem with that is, Child‘s guitar “lick well” is about as deep as a Katy Perry tune. I continue to worry, but soldier on…

‘All Dried Up’ features a little bit of organ to spice things up, but it can’t save a tired, bar band-style, vocal melody in a song that’s 3 minutes too long. Also, so far, we’ve been subjected to one, singular, tempo. Honest to Satan, it hasn’t changed in twenty minutes! At this point, what’s keeping me from getting angry with the unoriginality and sheer boredom of this record is the tones. Stratocasters, fuzz pedals, and Marshalls. These Aussie long-hairs have it down. The record sounds fantastic and that counts for something.

‘Mean Square’ offers up a doomy slab with a bluesy lilt that’s a blessed detour from the blandness to which we’ve been subjected. The tones are so good when they bang out riffs it’s a wonder the producer didn’t sit the band down and say, “Listen fellas…” And when it’s time for solos, the band, thank you Odin, decided to use what, my guess, is an Ampeg Scrambler to give it a much needed boost. Think Jim McCarty’s tones on those fantastic Cactus sides. As a matter of fact, Child could stand to listen to some of those records before recording again….

Lastly, there’s ‘Blue Overtone Storm/Yellow Planetary Sun’. Same tempo, but some decent, shit-kicker, riffing a’la Mountain and some burning solos. This tune and ‘Mean Square’ are the highlights of the record and if the band released an EP containing only these two songs, it’d be perfect.

The best way I can describe this record is like this: It’s the sort of record Ed Mundell would make if he had no imagination and didn’t do hallucinogens. With minimal tempo changes and creativity, it just doesn’t make a dent. Admittedly, I’m hard on the blues and I really don’t wanna come off as doggin’ on these poor guys. In order for soulful music to be convincing, there has to be conviction. It’s more than singing about whiskey or playing some leads. And while Child seemingly make all the rights moves, it’s as if they looked into a “How-To” book as opposed to looking in themselves. 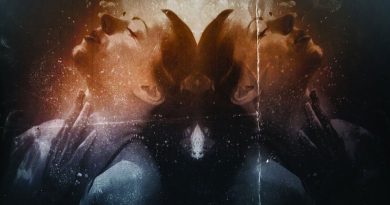