Three albums into their career now, and Blackwater Holylight are absolutely on fire. With another step forward in their evolution, the band are back with a new long-player Silence/Motion, and it’s an absolutely wondrous release. The quintet from Portland, Oregon, have stepped up with the follow-up to 2019s Veils Of Winter, and it takes the band to a completely new level with their sublime mix of psych, shoegaze, and stoner doom.

Over the seven tracks, Blackwater Holylight lead us, the listener, on a sonic journey, into another realm, which is equally as eclectic as it is dark and hypnotic. Right from album opener, Delusional, they leave us anything but ‘delusional’. The somber introduction paves the way for a tremendous outpouring of emotion. After an initial cello and guitar accompaniment, a thunderous bassline drops in, with a wonderful vocal power play of a serene clean vocal, in complete parallel to an angst-ridden growl. All in all, the mood captured is both drudgy and unnervingly imposing. It’s an inspired way to start proceedings.

On Who The Hell, the mood changes somewhat, and there’s a real sense of an eclectic eighties’ vibe, via the soundtrack. It’s invocative of a fearsome sci-fi horror movie. It draws both elements of Emma Ruth Rundle’s most powerful works and mixes in a slab of dark wave goodness.

Silence/Motion encapsulates everything I love about both Blackwater Holylight, and this album in particular. A somber and introspective opening gives way as the pace quickens, and its urgency becomes apparent. By midway, its rich dark majesty is exposed, and the sum of all its parts leads us to a pounding, heart-stopping, riff-laden interlude. As the track concludes, a somewhat calmer finale rolls in, and the bleakness of the piece is revealed.

As with every track on this, and every Blackwater Holylight, album, has its own little adventure, and MDIII is no different. A pensive start is soon disrupted by a darkness that only this quintet can muster so masterfully. The synonymous back and forth lasts the entirety of its near six and a half minutes, as heavy dark passages replace lighter intersections. Both disjointed and gripping, it plays out in the most satisfying and powerful way indeed.

this next chapter of the band’s story is one of wonder and awe. Not to be missed, absolutely essential…

Track six, Around You, has me drawing a comparison with Sleater-Kinney. It’s a little different to the rest of the album and is lighter in mood. That being said, when it’s darker, it’s still thunderously heavy.

Every Corner finishes off the adventure, and as the track progresses into somewhat of a stomp, the full scope of the band’s talents is exposed. Stoner doom in feel, but far less crushing, and much more uplifting. The twin vocal of sultry clean, and guttural growl, work in unison, to carry the piece, right through to the final minutes. As proceedings finally draw to a close, the heady mix of growling and thunderous bass is like a pummeling to the earlobes. It drops out, and it’s done.

As a long-time fan of the band, having the opportunity to review the album actually filled me with excitement, and I’m so happy that it surpassed my expectations. Even as twenty-twenty-one is drawing to a close, and the desire to look back over releases of the last twelve months becomes a guilty need, and evaluate what a year it’s been, albums like this just go to show that there is still plenty of absolutely awesome music still on the horizon.

If you want to take a chance and experience something new and wonderful, Blackwater Holylight should be top of your list. If you’re already a fan of the band, you won’t be disappointed at all, and this next chapter of the band’s story is one of wonder and awe. Not to be missed, absolutely essential, buy, enjoy, and tell your friends… 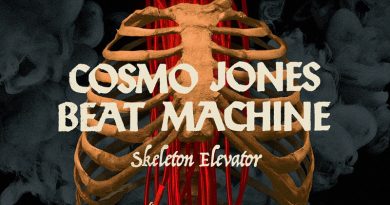